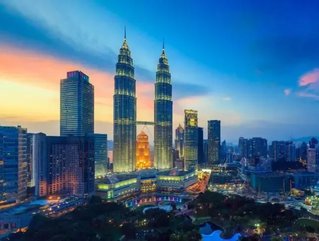 According to Reuters, leading US oil company Chevron is allegedly currently exploring options regarding the potential sale of its minority stake in the Kitimat liquefied natural gas (LNG) project, with three unnamed sources citing Petronas as one of the parties involved in these talks.

The Kitimat project is a joint venture held between Chevron and Canada’s Woodside Energy International that consists of the development of natural gas resources found in shale and tight rock formations in the Liard and Horn River Basins, located in northeastern British Columbia (BC).

The news comes less than a year after Petronas pulled the plug on its own $36bn BC LNG project in July, with the Malaysian firm having pointed to a shift in market conditions as the reason for doing this.

“We are disappointed that the extremely challenging environment brought about by the prolonged depressed prices and shifts in the energy industry have led us to this decision,” said Anuar Taib, Chairman of the PNW LNG Board, at this time.

However, now it seems that the company may yet still invest into Canada’s LNG industry, should further talks materialize. Both Petronas and Chevron are yet to comment on the speculation, whilst Reuters revealed that the sources provided no certainty that any deal would take place.

Alongside Petronas, the other party interested in purchasing a state is a financial investor.