Pfizer says costs of preparing for Brexit could reach US$100mn 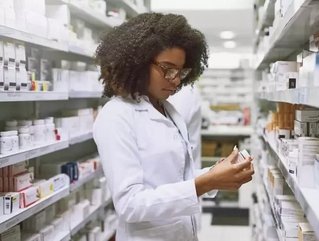 US pharmaceutical giant Pfizer has told Bloomberg that it expects the costs of preparing for Brexit to hit US$100mn
According to Bloomberg, the costs are arising from “transferring product testing and licences to other countries, changing clinical trial management procedures, and other preventive measures”.
Looming restrictions to the ability to swiftly move people and goods in and out of the UK are expected to be of significant detriment to Pfizer’s operations.
Brexit also means that Pfizer, along with other pharmaceutical companies operating in the UK, must work “to meet EU legal requirements after the U.K. is no longer a member state, especially in the regulatory, manufacturing and supply-chain areas”.
Bloomberg reported that around 2% of Pfizer’s $53bn revenue in 2017 stemmed from its operations in the UK, and that uncertainty surrounding the manner in which the UK will leave the EU “has forced companies including AstraZeneca Plc, GlaxoSmithKline Plc and U.S.-based Merck & Co. to prepare for a worst-case scenario”.
See More:
The head of an industry trade group reportedly said: “Hundreds of millions of pounds are being spent on getting ready that could have gone to developing new treatments”.
Of the effect these complications may have upon patients, Pfizer said, “In order to minimize any potential patient impact we have undertaken work to ensure we can continue to supply in the EU and the U.K. covering all Brexit scenarios”.
“Brexit also threatens supplies of medical isotopes that are used to diagnose and treat about 1 million people in the U.K. each year”, Bloomberg added, citing the British Medical Journal.
PfizertradePharmaceuticalsBrexit
Share
Share