Pfizer will not split; which US companies have survived splitting? 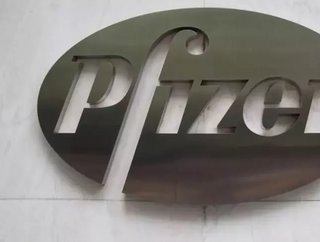 Drug company Pfizer has claimed that it will not split, even in the face of overwhelming pressure from investors.

Investors have expressed the desire for Pfizer to split into publicly-traded companies due to sluggish stock prices, but the business says it is more likely to maintain its best value as one entity. It has, however, reserved the right to split in the future if it is deemed necessary.

Pfizer has reportedly spent $600 million on preparations for a split, but is still choosing not to do so. It has some exciting acquisitions planned for the year ahead, including Medivation which will significantly aid Pfizer’s quest for cancer-killing drugs, so perhaps retaining its wholeness is best for Pfizer at the current time.

But not all companies suffer from splitting. Here are some US businesses you may not have even known split.

Kraft Foods announced its split in 2011. It entailed the breaking apart of its US-focused grocery business – including Kraft Macaroni & Cheese, and Jell-O – from the global brands like Cadbury, Trident, and Oreo. Stocks have crept up since the split, and Kraft remains the second-largest worldwide food company.

Viacom and CBS parted ways in 2006 in a move to help both companies make the most of their individual assets. CBS stocks dipped to record lows in the following years, but now stands strong at over $52 each, with Viacom at over $35. Both companies continue to grow as standalone businesses.

In 2011, Netflix decided to split its DVD rental business from its video streaming service. The DVD business was called Qwikster, and was such a catastrophe that it ended before it had a chance to begin, just one month after it was rolled out to an enraged public. The DVD rental service was renamed DVD.com and is owned and operated by Netflix.