The Pilot in Command 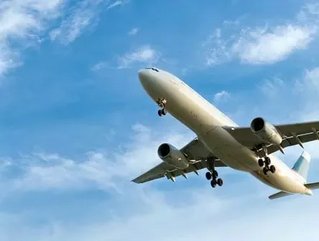 As a professional pilot, I meticulously pre-plan my flight including strong and continuous consideration and planning for the weather. I can’t control the weather, but I can control how I react to it, including choosing to divert or not fly in it at all. However, there are times that, despite the planning, Mother Nature has her own little surprises. Regardless, as Pilot in Command (PIC), I must continue to safely fly the plane.

It is no different with life’s surprises for any of us. Sometimes, we can anticipate them and pre-empt either the change itself or its impacts. Other times, we may not be able to control the events themselves, but we can certainly control how we react to them and our consequential actions afterwards.

Ask yourself this question: Do events control you or do you control events? Or better yet, are you influenced by life events or do you influence life events? How many times are we faced with a situation that seems hopeless and resign ourselves to whatever fate presents?

Resignation is insidious. Sometimes when “the chips are down,” we will defer our own free will and ability to take charge of the situation and instead wallow in whatever was presented. Typically, this will happen at what I call a “failure moment.” For many of us, the failure is a fait accompli. It is time to accept the reality and finality and move on.

But if we look at the failure as not the end itself rather a means to an end, then the failure is just a speed bump to be traversed and not finality. In fact, failure might not be a bad thing in itself. Failure can spur as to be more innovative, better at what we do and possibly reach an even better solution than originally intended. The key is not to resign and/or give up when confronted with failure. After all, failure is an opportunity to be even better if we alter our mindset to accept it as an impetus for being better.

Once, an early morning airline flight was cancelled before I even left for the airport and then mysteriously reinstated with a long delay. Despite written notice of the cancellation, the airline refused to reschedule me without their requisite $250 rescheduling fee. Escalating the situation to senior management did not satisfactorily resolve the issue. In essence, I was out of luck and money.

At first, I was quite angry. How could the airline not take responsibility for its own screw-up? Why do I have to pay extra just to get them to rectify their own error? Why do I now have to placate my client about my non-arrival, even though it wasn’t my fault? What am I going to do about this in the future?

After the initial anger subsided and a calmer head prevailed, I decided to do something about it. I always wanted to be a pilot and fly to different places. Twenty years ago, I intended on taking flight lessons but somehow “life got in the way” (or rather, I allowed it to detract from my goal). Ten years ago, I intended to take flight lessons, but again “life got in the way.” Now, I was ready to do it and not have to rely on the airlines and their arbitrariness. With careful planning, I was ready to go.

Through considerable effort and dedication to learning, practicing and flying nearly every day, I was able to gain the various certifications necessary to not only fly myself in good weather, but even in poor visibility weather and to fly others around as well. As a professional pilot, I even have additional income opportunities available by being a corporate pilot for local companies. I was able to take an adverse experience, that for some is routine, and channel that into positive action. I was not and am not willing to concede to a culture of victimhood. I refuse to believe in “it is what it is.” I will only believe that “it is what you make it to be.”  Of course, it helped that I was motivated to make the change and that I remained motivated throughout.

We are constantly faced with changes in our everyday lives. Some of them are (or can be) reasonably anticipated and perhaps even planned for. Others are sudden and/or involuntary. Either way, the only thing constant in life, is change. How we plan and react to these changes is critical to personal success and realization of our goals.

It is too easy and convenient to simply blame others for our own lack of success. We blame our society for all of its ills. We blame our government for their ineptness (even though it was us that elected them). We blame and blame and blame some more but with all of the blaming and pointing fingers, we ultimately concede control of our own destiny. As such, we have taken ourselves out of our optimal state and instead moved to the United States of Denial.

Denial is a powerful psychological weapon that we self-employ to keep away the truth. With apologies to Jack Nicholson (A Few Good Men), we can’t (and don’t want to) handle the truth. It is easier to close our eyes, ears, and brains and pretend that whatever ails us is not our fault. And it is therefore acceptable to blame whatever culprit happens to be convenient. We see what we want to see and believe what we want to believe, regardless of the actual reality or the truth. Except that we can and should handle the truth. How else will we improve? How else will we make ourselves and the world around us better if we won’t even concede that it is our problem to solve?

It would have been too easy for me to simply blame the airline and leave it at that. What guarantee would I have had that it wouldn’t happen again? I refused to be a victim and took concrete action that would reduce the likelihood of a repeat occurrence. This action required an investment of time, effort and money, but it would be difficult to argue that a solid return wasn’t achieved for that investment.

What happens when we inevitably hit that “bump in the road?” We must continue to fly our airplanes. When a pilot is on final approach for landing, he lines the plane up to land on the centerline of the runway with no drift and pointed down the runway. If he encounters a strong crosswind and doesn’t take positive corrective action, the plane will drift in the direction the wind is blowing. The plane might not be pointing straight and on landing might actually go off the side of the runway, damaging the airplane and possibly resulting in injuries (or worse). By taking immediate corrective actions, such as slipping or even a go-around to land on a different runway or different airport, the pilot affirms his control of the situation and allows for a positive and safe outcome.

Our intended goals should not be setback by a strong crosswind, a bump in the road, or even severe turbulence. We need to immediately recognize the situation and then take corrective action to stay on-track and continue pointed straight down the successful goal achievement runway. We are in command and we must stay in command to achieve positive results.

Moe Glenner is the founder and CEO of PURELogistics, a leading consulting firm that specializes in change management, and a regular speaker at trade shows and industry events. Glenner earned his MBA at Lake Forest Graduate School of Management and a Lean Six Sigma Black Belt Certification from Villanova University. In Selfish Altruism, Glenner explores the personal motives and emotions that can impact organizational change. Selfish Altruism ($13.95) is available at www.amazon.com.