Planning a major corporate deal during and after a pandemic 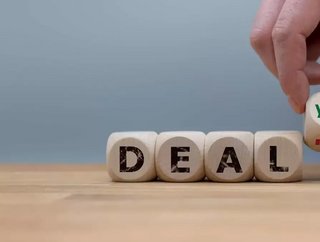 Before the COVID-19 crisis, the mergers and acquisitions (M&A) market was strong. Overall deal volumes were high, and private equity (PE)-backed buyouts had been on a consistent upward trend since the financial crisis. Market data specialist Refinitiv claims that 2019 was the fourth-strongest year on record for corporate dealmaking.

Then the Coronavirus struck. Against a backdrop of challenge almost unprecedented in living memory, business activity in many places slowed to a trickle, and M&A along with it. The question is, what will happen when the world’s economies open up again? Assuming there won’t be a ban on these deals as was proposed in April., one wonders, will the river stay dry, or will the trickle re-emerge as a torrent?

There are reasons to believe that, as the globe returns to work, we will see a spike in “carve-outs” – the purchases of a firm’s business unit rather than the entire firm itself. The logic is straightforward – firstly, reeling companies may face pressure to divest assets to generate the cash they need to stay afloat. Secondly, prices are likely to drop – deals which may have previously been shunned because the price tag was too high, may have now been moved to the bargain basement. Finally, private equity firms are still sitting on the same cash piles they were perching on before the pandemic – and that cash still needs to be spent. For these reasons, many anticipate a rise in carve-outs once the largest global economies emerge from lockdown.

A carve-out glut presents huge rewards and huge risks. On the one-hand, carve-out deals can help both the buyer and the seller. My firm recently polled 200 businesses across the world who had completed such a deal and found that 73% of corporates and 66% of private equity firms were happy with the transaction (in Canada, the figure was 88% for both corporates and PE firms combined).

But there was no shortage of horror stories. Roughly a third (27% of corporates globally and 34% of global PE firms) reported their most recent deal was unsuccessful. When you consider that the respondents’ median deal value was USD$51mn to $150mn, that represents a significant amount of money wasted or partially wasted.

Among the most common problems were delays, where 19% of corporates and 24% of private equity firms globally reported that the deals took longer to close than expected. This is crucial because the limbo period between the announcement of a carve-out and its completion will cost money. The purchaser may have to pay the seller to continue to undertake back-office functions, and the seller may not have been budgeted for this. A post-COVID economic recovery will create significant pressure to avoid this type of mistake.

So, what should a deal-hungry firm do? The report provides some answers.

Firstly, it’s safest to stick with places you know. Transactions were more likely to have been deemed successful if the purchased business unit was in a location where the purchaser already had a presence, compared to deals where the acquired business unit was in an unfamiliar location. Furthermore, deals conducted in familiar locations were more likely to be wrapped up quickly. The reasons for this are obvious: even in a globalized world, each jurisdiction has regulatory, compliance, legal and cultural quirks ready to trip up an unwary foreign firm. When asked what the greatest challenge to their most recent cross-border carve-out had been, the most common answer was “legal and regulatory issues”, cited by 52% of corporates and 48% of PE firms.

As economies start to rebuild while the COVID-19 impact begins to ease, businesses will start to look for new growth opportunities, at home and internationally. If you do, stick with what you know. If you must step boldly into unknown lands, invest in advisers who know the market very well.

Secondly, preparation will be more important than ever. One of the most famous dealmakers of the current era, Softbank’s Masayoshi Son, is notorious for making investment decisions seemingly on the fly, often after a presentation of less than an hour. This approach in our new world may not serve companies well. We asked respondents who experienced deal delays whether the situation would have improved with more preparation, and the response was overwhelming: 78% of corporates and 64% of PE firms said ‘yes’.

Not all preparation is equal. For example, 60% of firms reported they went into their most recent successful carve-out acquisition with a communications strategy thoroughly prepared. When asked about knowledge of the target’s industry and country-specific regulatory requirements, that figure drops to 49%. But at the opposite end of the scale, just 27% of respondents reported being thoroughly prepared to integrate personnel. A global economy recovering from a once-in-a-century economic shock is not an environment where purchasers can afford to make these kinds of mistakes. Now more than ever, thorough preparation – including advice, crunching numbers, and undertaking enhanced due diligence – is key.

This is not to say that companies should avoid carve-outs. Good businesses units will likely be on the market, possibly at competitive prices, and deals should be struck. But the backdrop will be unforgiving, and purchasing firms cannot afford to find themselves in the one-third of buyers who get things wrong.

This article was contributed by Larry Harding, Head of North America, TMF Group.