The Powerhouse Leader: How Can CEOs be More Effective 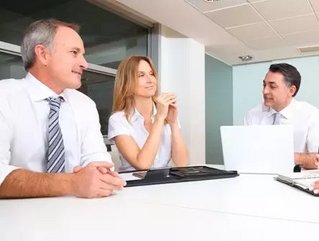 CEO’s struggle with making employees happy and creating an effective corporate culture.  This is a daunting task, much like keeping an old AM radio in tune; it takes constant adjustment.  The CEO is responsible for the vision and the direction of the corporation, and typically imparts that vision through the traditional top down hierarchy.  How can you be more effective?

Before I became a corporate trainer I was an IRS agent and Corporate Fraud Specialist. I was trained to analyze behavior and acquire information in unusual ways.  Early in my training career I came to the realization that most people in an organization at times lie to their superiors—not to cover fraudulent activity, but to avoid voicing uncomfortable issues.  If most managers conceal some information from their leaders, how does the CEO proactively change the corporate culture with only partial facts and an airbrushed version of employee concerns?

One way I’ve found is to hang out where the people are and to keep my ears open.  Well situated bars, coffee shops and restaurants can work wonderfully for the observer.  Just now as I’m working through this piece, I’m sitting in a Starbucks listening to some senior managers from a famous pharmaceutical company. They are not exposing trade secrets, but they are discussing the uncomfortable work conditions that they have to deal with. I believe I have learned more about the problems of Fortune 500 companies hanging around coffee shops sipping $2.00 coffee than I would have in getting a Wharton MBA.  Let’s face it, most CEO’s of large companies work in a rarified bubble.  They strategize in quiet board rooms, meet the investment community for exclusive lunches, and travel on private jets.  I would seriously suggest to a CEO to dress down and hang out for a day at a Starbucks near the headquarters and listen.  Then hit happy hour at the right bar, down a few club sodas and again listen to the conversations.  They are probably work related and you are not likely to hear how happy they are at work.  Actually this isn’t that much different from “managing–by-walking-around”, where CEO’s hang out on the factory floor and just listen and observe.

My first real experience with disgruntled upper managers was with a “big oil” company several years ago.  I was there to train these managers in how to train their direct reports in training their direct reports.  It sounds weird, but many very competent leaders running divisions with thousands of employees are not skilled in training the people reporting to them.  The meeting was set up by the head of HR who was sensing a problem.  I walked into the room and sensed the problem also. I couldn’t get anyone to laugh or even smile—and that’s one of my strong suits.  I turned off my Keynote, closed the door, and asked them what was wrong.  Silence. I knew I was going to accomplish very little and that I had to change directions quickly.  I tossed my lesson plan (which was two weeks in preparation) into the garbage and told them I wouldn’t teach the class.  That made them even more uncomfortable because my leaving would reflect poorly on them. I gave them an option:  If you tell me everything that is bothering you here, I’ll stay all day and compile your notes for the HR Director and the President and present them anonymously.  Doing it this way would let them speak and present the problems as a group collectively, rather than as individuals.

I was yet to gain their trust. So I had to explain that most people lie to their managers and that employee satisfaction surveys don’t really work for most companies.  They could continue to be miserable in their jobs or they could trust me.  And then I told them that I would probably lose my fee for not doing what I was to be paid for and receive a black mark in the speaking industry for pulling this kind of stunt.  The managers said that they would likely be fired for speaking their minds.  So we began.  The communication dam broke, and I became a moderator rather than a teacher.  The comments came so quickly that I had to remind them like a grade school teacher, “We don’t interrupt when others are talking.”

“No you have to be more specific: Lack of communication isn’t a specific problem. Give the president specifics.”

“If you make that comment, your manager will know EXACTLY who you are. Change the way it is stated.”

“We can’t list a bunch of problems. How do we fix them? Give the president ideas to make things better.”

“No, you can’t say that you wish Bob would get run over by a bus.”

Well, by the end of the day we had an excellent outline to present to the HR Director who said cheerfully, “Wow that was a long day.  How did it go?”  I handed her the report and watched while she read it.  Her smile vanished, and I waited in uncomfortable silence.  She looked at me and said, “Oh! We didn’t know this. The annual survey of over 500 people in the company stated that people were happy”. I told her people lie and started to gather my stuff to leave.  Then she asked me when I could return to finish evaluating the remaining managers.  They wanted to rectify the situation immediately.  My jaw dropped.

As my career has continued, I have begun to specialize in this area. Senior management knew what I was doing with their managers, and requested it.  The most difficult part of my job now is in gaining trust.  I’ve been asked dozens of times, “Can I really say what I think without being fired?”  And, “What are they going to do with the information?  Each year we take surveys and nothing changes.”  I quickly tell them that they are the ones who are going to make the changes.  There’s only so much a CEO can do by himself.

The most common complaints a leader will encounter are likely to be within these three categories:  Communication issues, Compensation, and Work Hours/Flex-Time.  Obviously these are broad and difficult areas for Executives to deal with—with communications being the most troublesome.  You can almost imagine a CEO saying, “Oh, I didn’t know that. Increase everyone’s pay and let them all come to work when they want, wearing whatever pleases them. If I did not communicate this clearly enough, please, tell them to stop by my house for a glass of wine to discuss further”.

A few years later I ran into this situation at a large bank where I was conducting training.  I used the same technique that I used at the oil company, and I found these to be the main points of employee dissatisfaction:

As a CEO this was a dream come true.  Turning up the heat was an easy fix compared to rectifying a serious communications disconnect throughout the company.  But nobody had told the senior management about the temperature or the crummy chairs.  The surveys had shown that the employees were happy.

What can you do as a Powerhouse Leader?

One way to understand and deal with these hidden and chronic areas of employee discontent is to build a diverse, inter-departmental “crew” to work with you in both identifying and ameliorating these areas of discontent. The “crew” should be structured outside the HR Department for them to be truly “diverse”. Here is one structure that can be effective.

Announce that you are forming a committee within the organization to increase employee satisfaction.  (12 might be a good size for the group.)  The committee membership would be volunteer positions, but some perks might be in order for their efforts.

Make the committee temporary—perhaps one year.  Then it would be dissolved and reconstituted with a new membership.  Care should be taken so that the committee membership is as random and broadly inter-departmental as possible.

The committee will ask the employees to rank the morale of the company, ask them what the biggest concern they have about the company is, and to propose at least one solution.  Okay, this cannot be like the surveys that the employees lie to.  Anonymity must be carefully preserved either through drop boxes or preferably through outside moderators.  Compensation issues should be outside the purview of this committee.

The committee will review the information and will work on the top three problems as identified by the respondents.  They will need to work hard to create positive improvements and to measure those improvements in employee satisfaction after a year.  This is the tricky part; committees are always being formed, especially by politicians who often use them to appear to be doing something while, in reality, they’re just stalling.  The changes needed as identified by the employees can be coordinated by the committee, but they have to be instituted and bought into by the employees themselves for long-term results.

One little side note:  I encountered a company where the top problem identified by the employees was the CEO himself, and his ability to effectively run the organization.  If you are the leader and you are identified as the chief problem, resign or make changes to yourself quickly!

Are you a Powerhouse Leader?  There are many aspects to an effective leadership.  But one crucial attribute for you to be a leader is that you must have followers.  Last year’s surveys and evaluations are probably not what your people really think about your corporate culture.  An effective Powerhouse Leader will gather his followers by empowering them to find and implement solutions on their own. Through implementing these solutions organization-wide from the bottom up you will unify the organization towards excellence.

Melissa Luke has a doctoral degree in management (DM) specializing in corporate fraud at the public level. She was co-founder and president of one of the first online trading floors in the United States, was a Revenue Officer for the U.S Treasury, worked as a Sr. Business Analyst for one of the largest consulting firms in North America, and has been lecturing at the university level for a decade. Melissa now speaks professionally to a diverse group of audiences covering human analytics, increasing performance in organizations, and trains corporate speakers and executives for heightened creativity. Melissa is author of Trader 2000 andLife in the World of YOMO:Start the Adventure to Your Perfect Calling.  Currently Melissa is the CEO and co-founder ofwww.yomoworld.com, an Internet based company that matches today’s youth with business internships and humanitarian possibilities for optimal career potential. She presently resides in Princeton, NJ.

Her new book, Life in the World of YOMO: Start the Adventure to Your Perfect Calling, can be found on Amazon.com, Barnes and Noble and other fine booksellers.   For more info visit www.DrMelissaLuke.com.