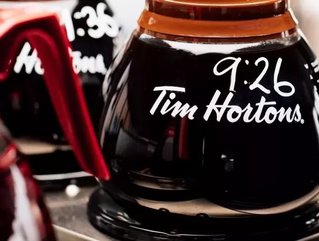 Kevin Hydes joins Tim Hortons with a wealth of relevant experience to shape its business plan for Great Britain.

A long-term spell with Costa Coffee started back in 2005 when he held the role of Marketing Manager before being elevated to the position of Head of UK Marketing in May 2008.

He continued in post for nearly four years before assuming the more senior title of Marketing Director until March 2014.

Hydes – from Bedfordshire in the UK - had been International & Brand Development Director before joining Tim Hortons, managing Costa’s equity and franchise markets across Europe and into the Middle East and Asia.

He started his new role at the beginning of July, with his priorities being to oversee business strategy, brand execution and development in the UK.

Hydes says: “It’s not often you get the chance to help bring an international brand as exciting as Tim Hortons to the UK. The opportunity to lead and grow the business in a competitive market like Great Britain was too good to miss.”

“Kevin brings an enormous wealth of experience from his time at Costa Coffee, and his expertise of quickly scaling food and drink retail brands will be vital to our long-term ambitions in Great Britain.”

Tim Hortons was established at a single location in Canada in 1964 and has grown to become one of North America’s largest restaurant chains.

In June, it opened its first European outlet on Argyle Street in Glasgow, attracting queues of excited consumers for its launch.