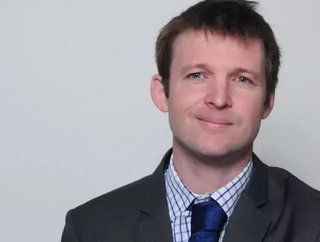 Sébastien Gabez has been appointed as the new CEO of leading insurance MGA APRIL Canada. Why is the 37-year-old perfect for the role?

Over the course of nearly a decade, Sébastien Gabez has quickly risen through the ranks at APRIL.

The 37-year-old takes on the role of Chief Executive Officer having been VP and Chief Financial Officer in the firm's Quebec subsidiary for the previous 16 months. Gabez comes from a strong financial background having also served as CFO for its Montreal region.

Educated at EMLYON Business School in Lyon, France, he spent just under four years in the city working for Ernst & Young as an auditor prior to first joining APRIL's French division in 2009 as an International Finance Controller. Gabez was Head of Financial Control and Risk Management at APRIL International before moving over to Canada in 2013.

According to a statement, his mission will be to 'accelerate the development of APRIL Canada Inc. in the property and liability lines by shifting the focus of the society on strong value-added lines, through the identification of new levers of growth, especially through the development of new offers and new innovative, customised services to its broker clients and insuring partners, and by enhancing the management of its network of 1,200 broker partners'.

"Through his expertise, knowledge of the industry and his career within APRIL Canada Inc. since 2013, Sébastien GABEZ will strengthen our position in the property and liability lines, building upon Nick KIDD’s accomplishments, and above all, commit APRIL Canada Inc. to strong and sustainable development," said Marc-André Dupont, CEO of APRIL’s Property Line.

"APRIL’s ambitions are strong in the Canadian market, as demonstrated by the recent integration of Benecaid within the group which confirms our will to develop our presence."