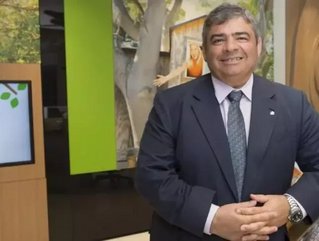 Learn about the career of Yousry Bissada, who will take over as Chief Executive Officer of Canadian lender Home Capital in August.

Yousry Bissada, who is to replace Martin Reid as Home Capital’s CEO, is a veteran of the industry.

The 57-year-old has spent the last six years at the helm Kanetix Ltd., a Toronto-based company which provides over a million quotes per year for customers seeking insurance and other financial products.

Bissada has overseen incremental expansion and consistent profits at Kanetix after joining them in 2011.

Prior to taking on that role, he served as Chairman of two Canadian mortgage lenders after a spell as director on the Board of Street Capital Financial Corp.

Bissada entered the financial industry in 1989 and steadily grew to take on more senior roles, taking the reins one of the country’s biggest mortgage businesses - Real Estate Secured Lending Products at TD Canada Trust – in 1999.

After the turn of the millennium, he became President and CEO of Filogix, a role he would fulfil for seven years, expanding the company into becoming an industry leader.

He has also worked as a director at Equity Financial Holdings, a role he intends to step down from before assuming his new position next month.

Home Capital is looking to rejuvenate its business; it went close to collapse earlier this year after they failed to disclose the fraudulent activity of some its mortgage brokers.

“We are delighted to welcome Yousry to Home Capital,” said Brenda Eprile, Chair of the Home Capital Board of Directors.

“He has extensive industry experience, including at the CEO level, having led a number of business transformations.

“I am excited about the opportunity to work with the strong team at Home Capital and build on the Company’s leading position in the alternative mortgage lending market. We want to be the first choice for depositors, borrowers and brokers.”