Prozac the Cause of Teen&#039;s Murderous Rage, Says Doctor 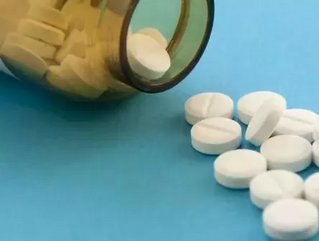 In an argument presented by the defence, Prozac is being blamed as the reason for a senseless murder. A 17 year old fatally stabbed his 15 year old friend in September 2009 after learning that the friend had damaged his parents’ hardwood floor.

Dr. Peter Breggin, a US psychiatrist, the writer of Talking Back to Prozac and a regular court consultant believes that that the aggressive and violent reaction can only be explained by the accused’s anti-depressant Prozac.

In evidence presented to the court, the accused was prescribed Prozac three months prior to the fatal stabbing because of a complaint of depression. Nine days after taking Prozac, the teen overdosed on his grandfather’s medication in what was believed to be a suicide attempt. An increased risk of suicidal thoughts is linked to Prozac in some studies when taken by consumers who are under 18.

According to the Toronto Sun, the teen’s parents complained their son’s condition was deteriorating, but a doctor at the Health Sciences Centre later increased the Prozac dosage.

In a report commissioned by the defence, Breggin wrote, “It was a prescription for violence. Within a reasonable degree of medical certainty, I believe that Prozac drove (the accused) into a state of severe agitation with manic-like symptoms including mood swings, confusion, irrationality, extreme irritability, hostility and violence.”

Breggin believes that after the teen’s suicide attempt, he should’ve been taken off Prozac. The accused did stop taking Prozac while in custody at his own request.

Pleading guilty to second-degree murder, this hearing is to determine whether the accused will be sentenced as a youth or adult. Judge Robert Heinrichs will come to a decision August 4th.