VIA Rail Reveals New Schedules for 2012 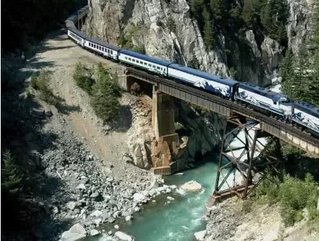 The VIA Rail Ottawa to Toronto rail schedule has added a new express line, providing non-stop travel between the two cities in just under four hours. The express train’s operations run Sunday through Friday leaving Toronto and Ottawa in the late afternoon.

Additionally Sunday through Friday, Ottawans will be able to take a new late-evening departure to Montreal. This schedule will allow visitors to stay in the city throughout the dinner hours, a benefit to the city’s restaurants.

Finally, VIA Rail Canada announced a new train on the Montreal to Toronto line. This addition will provide passengers a total of ten arrivals in Toronto throughout the week.

“These improvements are made possible by the federal government’s major capital investment in VIA,” said Paul G. Smith, VIA’s chairman. “We want to thank the government for their confidence in VIA as a green transportation choice, and their vision for a continued vital role for passenger rail in Canada.”

This move by VIA Rail is expected to increase its annual revenues by several million dollars. With this new revenue, VIA Rail believes its operations will be able to run with less governmental funding, offering a large benefit to Canadian taxpayers.

“Since 2007, the Government of Canada has invested $923 million in VIA for capital improvement initiatives,” said Minister of State (Transport) Steven Fletcher. “Over $400 million of this funding is dedicated to rail infrastructure projects, much of this from the government’s Economic Action Plan. Today’s announcement is a good example of how Canadians are now going to benefit directly from these investments.”