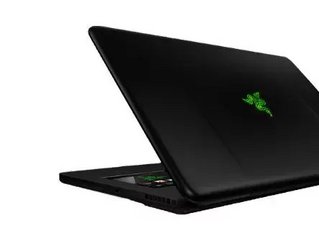 Tan co-founded Razer in Carlsbad, Calif. in the mid-2000s, and since then, he’s been the mastermind behind transforming a tiny peripherals company into one of the world’s most innovative video game brands.

“When I approached my parents with what I wanted to do, they were resistant to say the least,” Tan said. “I grew up playing video games, but my parents weren’t alone when they thought there was no potential in it. I think they’d be the first to admit that they were wrong.”

Tan jumped into a gaming business that has grown exponentially since he helped found Razer in 2005. More than 300 million people play PC games worldwide today, putting Razer in a position to use its resources to fill the needs of gamers everywhere when it comes to designing hardware, software and systems.

The gaming industry recently surpassed the motion picture business as the most lucrative arm of the entertainment sector. Not surprisingly, game developers across North America are creating content for all sorts of devices, from PCs to consoles to tablets to Smartphones.

“It’s been surreal to watch gaming go from a hardcore niche to a mainstream audience,” Tan said. “You watch previews for upcoming video games, and it’s like you’re watching a nine-figure movie trailer. That’s part of what’s inspired us as a company to develop such groundbreaking product. We need to keep up with the developers.”

LEADING THE CHARGE IN PC INNOVATION

It hasn’t been easy, however, to make true innovation possible in the computer systems space. Tossing aside conventional hurdles like finding the right engineers and overhead costs, Tan and Razer also had to fight conventional thinking when it came to pushing what he calls “true innovation.”

“The PC giants listened to the general consumer who wanted products cheaper and cheaper. They cut their costs, outsourced their tech and design to external manufacturers,” said Tan. “We’re left with less innovation, less technology and the commoditization of the PC.

“Today, none of the PC giants dare to push the envelope of technology for the PC because they are afraid that no one will buy it. It's up to us to make the difference.”

With that mindset at hand, Tan went about investing in systems and software engineers to transform Razer from a peripherals company to a gaming company. Razer scooped up engineers from OQO, a former U.S. computer hardware company known for making the smallest and most powerful personal computers the world had ever seen.

That ingenuity was vital when it came to Razer bringing to market the Blade, the thinnest and lightest gaming laptop in the world, and the Edge, the most powerful tablet in the world and the overall 2013 “Best of Show” winner at CES.

“What we do from a design perspective is insane,” John Wilson, VP of Systems at Razer and former OQO engineer, said. “Nobody spends the proportion of available resources on design like we do. Is it profitable? No, but it’s what allows us to push the envelope forward when it comes to true innovation.”

A mentality to create the best product at all costs naturally endears a consumer to a company, and the Razer brand has managed to build a ravenous and active cult-like community.

“It keeps things interesting, being so involved in what the people want to see,” Tan said, “and it validates our brand and the industry we’re involved in when so many people actively participate in moving the gaming discussion forward.”

The flourishing industry has also had a massive ripple effect on individuals involved, most notably in the realm of what’s known as e-Sports. These cyber athletes forego traditional athletic wear in favor of a mouse and keyboard.

Behind the guidance of Tan, Razer’s growth can be closely tied to the explosion of e-Sports worldwide. Growing from Local Area Network (LAN) parties in friends’ garages, e-Sports has evolved into an international phenomenon, with arenas throughout North America hosting prestigious gaming events.

Last year at the Galen Center in Los Angeles, for example, a $2 million prize purse was awarded to Season 2 finalists for the game League of Legends. A pair of Razer-sponsored teams competed in the finals, which is becoming commonplace at professional gaming events, by virtue of Razer’s unparalleled support of players in the space.

“We sponsor 400 gamers in 35 countries worldwide, with some of the biggest teams and names fighting for Team Razer,” Tan said. “These e-Sports players are not the standard geeks playing in a basement.  Many of them are international icons – celebrities even – who command six- and even seven-figure salaries.

“They treat the gear they use like a professional basketball player treats his shoes. Naturally, they’ll gravitate toward us and our industry-leading product with so much at stake.”

THE FUTURE OF GAMING

While e-Sports figures to continue to grow and play a part in the development of gaming, it doesn’t answer the question as to where the industry is heading. Tan thinks his field is converging, with devices that can do more than just play games in a single fashion.

Razer’s latest big product, the multivariate Edge, is a step in that direction, but there’s plenty of room for improvement to meet the demand of insatiable PC users worldwide.

“My idea for a perfect device is one that I can easily take with me and one that I can do everything on,” Tan said. “The Edge is the closest thing to that on the market right now, but I’d love to see a high-powered PC in a Smartphone form factor.

“We’re not there yet, but if you give Razer and our crack engineering team some time, I’m fully confident we’ll be the true innovators for PC gamers – and users – everywhere.”