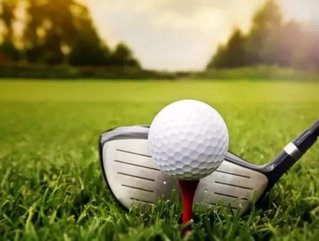 According to a recent ranking by Golf Digest, Pebble Beach is home to four of the top 10 golf courses in California. Situated between the lush Del Monte forest and picturesque California Coast, these courses challenge players while exposing them to some of the world’s best scenery.

4. Monterey Peninsula Country Club—#8 of 40, according to Golf Digest

Stretched across roughly 400 acres of land, the Monterey Peninsula Country Club is comprised of two courses, the Shores and the Dunes. The Dunes course opened first in 1926 followed by the Shores course more than 30 years later in 1959. The longer and more difficult of the two, the Dunes is well-known for its 14th hole, which is nestled within the bluff and sweeps out to a peninsula-facing green.

3. Spyglass Hill Golf Course—#7 of 40, according to Golf Digest

The area that is now Spyglass Hill Golf Course is rumored to have been the inspiration behind Robert Louis Stevenson’s classic novel, Treasure Island. But don’t let the hypnotic scenery or whimsically-named holes—a nod to the novel—lead you astray: Spyglass Hill is regarded as the most difficult course on the Monterey Peninsula.

While open to the public, keep this in mind if you want a future tee-time: Golfers are required to stay at one of Pebble Beach’s many hotels if they make a reservation at the course more than one month in advance.

2. Pebble Beach Golf Links—#2 of 40, according to Golf Digest

Golf Digest is a fan of this one, ranking the course #1 among public golf courses in America and #2 among all courses, both public and private. With breathtaking coastal and forest views, Pebble Beach Golf Links focuses on aesthetics as well as challenges: Of the nine holes situated directly on the bluffs overlooking the Pacific Ocean and Carmel Bay, three are considered the toughest of the course.  Need more proof to play? 11 USGA Championships have been hosted at the course, five of which were U.S. Open Championships (1972, 1982, 1992, 2000 and 2010). The world-renowned course is also slated to host the U.S. Open in June of 2019.

“Regarded as the most exclusive course in the world, it is virtually impossible to play a round unless you are invited by a member.” –Monterey Peninsula Golf

‘Nuff said: if you’re not a member, it’s time to start networking, because this is absolutely a bucket list-worthy kind of place. With jaw dropping views and professional-style holes, few courses can hold a candle to Cypress Point, which opened in 1928 under the creative genius of designer Alister Mackenzie.

Just trust us: Book the trip.