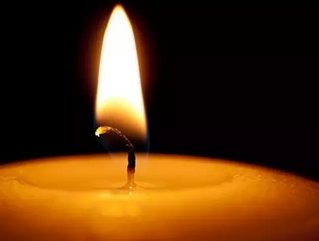 Tragedy struck in Hawaii this past week when the CEO of Canaccord Genuity unexpectedly passed away from a medical emergency while participating in a triathlon competition. Paul Reynolds was just 52 at the time of his death.

Reynolds was notably the president of Canaccord Genuity during its transformation from a Canadian brokerage business to an independent global investment bank. Canaccord Genuity Group Inc. is one of Canada’s largest investment and capital market firms and is now currently being run by its chairman, David Kassie. It will be Kassie’s responsibility to aid in finding a replacement for Reynolds.

In a statement, Kassie has said, “This is a difficult day for everyone at Canaccord Genuity. As the architect of our firm's global transformation, Paul's distinct style of partnership, friendship and respect over three decades of commitment is just part of the legacy he leaves us all."

RECENT TOPIC: Will Uber Drive On? Canada’s Debacle with the Famous Driving Service

The triathlon that Reynolds competed in on Sunday, March 29th was the Lavaman Waikoloa Triathlon in Kona Hawaii. This event is known for having a 1,500-meter swim, 40-kilometer bike ride and a 10-kilometer run. It’s believed that Reynolds ran into particular problems during the swimming portion. He was reportedly pulled from the water and immediately taken to the hospital for help.

Survived by his wife and four children, the family has requested privacy during their time of grievance. Reynolds is also survived by his father, John Reynolds, a former member of Canada’s Parliament.

During his time at Canaccord Genuity, between the specific years of 1999 and 2007, Reynolds managed Canaccord’s London, England office as President and COO of European operations. As well, he was named Global Head of Canaccord Genuity in April 2005. He served on the boards of the International Crisis Group, the Hospital for Sick Children in Toronto and sat on the Global Commerce Advisory Panel for the Canadian Ministry of Foreign Affairs and International Trade.