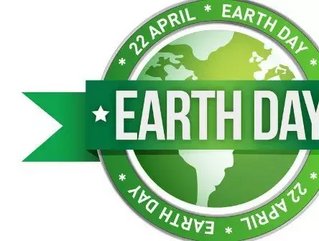 TeamViewer®, one of the world’s most popular providers of remote control and online meetings software, today announced the findings of its Telecommuting for Earth survey of 500 American adult office workers aged 18 and older, conducted online by uSamp in April. The survey, which was aimed at determining the environmental impact of working from home in advance of Earth Day 2013, found that big majorities of Americans say they take proactive actions at home that they don’t take at work to save the environment, recycling and conserving things they don’t bother with in the office, including:

In addition to the behavioral differences, working from home also results in a reduction of employees’ use of planetary resources.  Nearly everyone (97%) said they use fewer resources when they work from home, including gas which topped out as the resource that most Americans (86%) say they use less of, followed by printer paper (31%), electricity, markers & pencils (15%), shower water (13%) and even pain pills (12%).  Interestingly, a greater percentage of men say they use less shower water (14% vs. 12.4%) and also tissues (14.4% vs. 7.6%) when they work from home.

While 31% say they use less printer paper when they work from home, overall paper waste is a long way from being eliminated.  The U.S. Environmental Protection Agency (EPA) says that we use about 71 million tons of paper every year.  In fact, more than half of the survey respondents said they print more than 20 pages per day, and a further 20% say it’s more than 50.  While studies show that the most cost-effective waste management strategy is reduction of paper use altogether, employees at all levels continue to print paper unnecessarily, and office workers are pointing the finger.  62% of the survey respondents say it’s management and above who waste the most paper, and 8% even say it’s the CEO who prints the most.

When asked how strongly environmental concerns weigh into the decision a boss makes on whether or not to allow telecommuting, surprising numbers of them say it matters:

“The study shows that not only do employees stand to save money when they are able to work from home, but the specific behavioral changes that people exhibit contribute significantly to the conservation of our environment.” said Holger Felgner, General Manager at TeamViewer. “TeamViewer works with employees by providing the ability for them to work from home without any limitation to their access to the materials and tools they use every day, in the most environmentally friendly way possible.”

Founded in 2005, TeamViewer is fully focused on the development and distribution of high-end solutions for online communication and collaboration. Available in over 30 languages, TeamViewer is one of the world’s most popular providers of remote control and online meetings software. More information: www.teamviewer.com