Replacing NAFTA: what it means for Canada 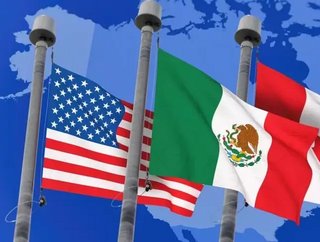 The 1994 North American Free Trade Agreement (NAFTA) has in recent years created trade tensions between its members: the US, Canada, and Mexico

On 30 September, the United-States-Mexico-Canada Agreement (USMCA) was informally agreed, bringing an end to re-negotiations of NAFTA triggered by President Trump and signalling significant changes in trade relations between the three countries.

Though the member states formally agreed to USMCA on 1 October, ratification and implementation of the new trade relationships is subject to a 60-day review process.

Under the new trade agreement, the US will also have increased access to Canada’s dairy market, with Canada eliminating two major quota and pricing systems limiting trade.

As a result, the US will be able to export more dairy products to Canada at the equivalent of 3.6% of the Canadian market.

Canada and Mexico will increase duty thresholds for US goods, with both raising the limit for duty-free shipments of US goods to US$117.

Various Canadian auto parts and vehicles will be excluded from US import tariffs, including 2.6mn passenger vehicles to be imported to the US annually, Canadian light trucks, and auto parts up to a value of US$32.4bn in declared customs value each year.

Vehicles will qualify for the duty-free treatment provided 75% of their parts were manufactured in member states, up from 62.5%, and that 40-45% of used parts were made by workers earning at least $16 per hour.

Industry Week noted: “This provision is an incentive for automotive manufacturers to produce more goods in the United States, given its higher labor costs than those in Mexico.”

Though Canada has won significant concessions through these negotiations, it has not fared as well as the US with USMCA.

Under USMCA, Canadian steel will continue to suffer a 25% US import tariff, with 10% applied to aluminium.

The new intellectual property clause, extending the period through which new biologic drugs are protected from generic reproduction, has been raised from eight years to 10, meaning that Canadians will pay more for new drug treatments for longer in the future.

According to CBC, a key aim for Canada during NAFTA’s renegotiation was to “open subnational (state and municipal) procurement in the U.S., so Canadian businesses could compete for more government contracts,” a significant achievement in Canada’s deal with the European Union.

Unfortunately for Canada, no such success has been secured with USMCA, with “‘Buy American’ rules that block cross-border procurement” seemingly unchanged in the new agreement.

CBC said: “Among the exceptions near the end of the USMCA is language that may restrict Canada's ability to negotiate a trade deal with a "non-market" country — which, in today's context, could be interpreted as "China." (The agreement makes "non-market economy" a self-defining term, and the American view that China is not a market economy is well-known.)”

Any trade negotiations made by a member country of USMCA must be disclosed in full to other members for their review and approval, meaning that Canada likely cannot negotiate free trade with China without US input.