The richest business people in America 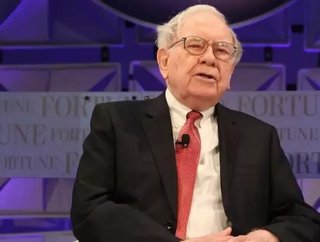 Last week, Bill Gates was briefly overtaken by Inditex owner Amancio Ortega as the richest man in the world – for just two days.

Inditex is a Spanish fashion group which most famously includes Zara. Zara has 6,000 stores across 90 countries.

Gates famously funnels an impressive amount of his fortune into his charitable foundation, and if he kept that money to himself, nobody would ever get close enough to his wealth to overtake him.

Gates is obviously the richest person in America – and the world – but who else is in the top six?

Larry Ellison is a co-founder and former CEO of software company Oracle – the biggest in the world after Microsoft. Ellison started the company in 1977, building a database management system for the CIA before the project became Oracle Corp. Ellison famously reduced his yearly wage from $1 million to just $1 in 2010, but thanks to stock awards, still rakes in millions. He is now the CTO of the company, and invests in wildlife conservation, disease prevention, and is a member of the Giving Pledge alongside Bill Gates and Warren Buffett.

Koch Industries is an American multinational with its fingers in numerous pies. Its services stretch across various sectors, and Charles Koch – as Chairman and CEO – runs the business alongside his Executive Vice President brother David. Koch Industries generates around $115 billion a year in sales, and employs around 100,000 staff worldwide.

Koch Industries is the world’s second largest private company, which David Koch runs with his brother Charles. The brothers are outspokenly conservative and pour large portions of their wealth into campaigns and causes, although they have stated that they are not backing any current GOP candidate. David Koch also gives very generously to cancer research and education through his own charitable foundation.

Jeff Bezos invented the concept of e-commerce with the inception of Amazon in 1994. It began as a book retailer and soon went public, swiftly becoming the largest online marketplace of its kind. Bezos has invested large chunks of his money in the aerospace industry, his purchase of The Washington Post, and a company which aims to create a blood test for detecting any kind of cancer.

As the CEO of Berkshire Hathaway, Buffett is the second richest man in the world – and has been for some time. He made his first steps in business at age 11, and was mentored under famous value investor Benjamin Graham. He bought Berkshire Hathaway in 1969 and turned it into an enormous holding company, and he has invested in some of the biggest cash cows in the world, including Dairy Queen, Coca-Cola, and General Motors. He has given away around $21.5 billion of his fortune already, and is dedicated to his and Bill Gates’s Giving Pledge.

Gates co-founded Microsoft at age 20, and by 31, he was a billionaire. He was CEO until 2000 and chairman until 2014. Now, while he remains on Microsoft’s board, Gates is no longer actively involved with the business and focusses on his philanthropy instead. The Bill & Melinda Gates Foundation has been working since 1999 to rid the world of infectious disease and allow mobile banking for adults who do not have a bank account. He co-founded the Giving Pledge with Warren Buffett in 2010, which enables billionaires to donate half of their fortunes to worthy causes, and has invested alongside Jeff Bezos in Grail, the company which is creating cancer-detecting blood tests.