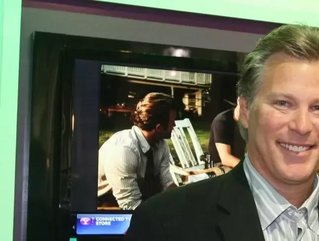 Levinsohn, who had a top role at Fox Interactive Media and served as interim CEO at Yahoo, becomes The Times’ 17th publisher and the fifth in the last decade.

Jim Kirk, a veteran news executive, who was the former publisher and editor of the Chicago Sun-Times, was named interim executive editor of the Times.

The pair replace Davan Maharaj at the 150-year news publication. Maharaj served as the Time’s top editor since 2011 and added publisher to his title in 2016.

Like other newspapers, the Times has struggled to compete in the digital market and has been reducing staff for years. Covering the staff shake-up, the flagship newspaper described how the leaders were taking over a company with a “flagging morale after years of management changes on top of huge shifts in consumer behaviour that have roiled the entire newspaper industry.”

In an interview, Levinsohn said: “The Los Angeles Times is a beacon of journalism and one of the most important voices in media, and I am honored and humbled to lead this world-class media enterprise.”

“I look forward to working with the talented teams to expand our footprint, advance Tronc’s digital transformation and further cement our role as a trusted source of news and information.

“We have global ambitions for this brand, and I believe the Los Angeles Times has the potential to further expand and deepen its societal and cultural impact regionally, nationally and around the world.”

Tronc Inc., formerly known as  Tribune Publishing, owns a wide portfolio of newspapers including the Los Angeles Times and Chicago Tribune newspapers. The company changed its name last year to Tronc Inc. as a nod to the publisher's transformation into a more digitally-savvy company.