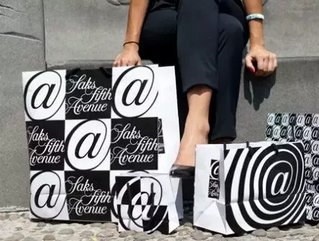 On Monday, Saks agreed to sell itself to the Hudson’s Bay Company for roughly $2.4 billion, uniting the luxury retail giant with Lord & Taylor and the Canadian Chain Hudson’s Bay.

Including the assumption of debt, the transaction is valued at around $2.9 billion. The deal will create a retail powerhouse, with a combined company operating 320 locations, with 179 being full department stores.

Cost savings was a major player in closing the deal. The Hudson’s Bay Company is expecting to obtain about $97.3 million within the next three years. The Company will also introduce the Saks Fifth Avenue brand to Canada including, Saks Fifth Avenue stores, Off Fifth outlets and the Saks website.

“This exciting portfolio of three iconic brands creates one of North America’s premier fashion retailers,” says Richard A. Baker, the Hudson’s Bay Company’s chairman and chief executive. “I’ve had a long connection with Saks over the years, and am thrilled to bring one of the world’s most recognized luxury retailers into the HBC family.”

Steven I. Sadove, the chief executive of Saks, adds: “We are excited about what this opportunity and being part of a much larger enterprise can mean for the future of the Saks Fifth Avenue brand.”

Several other companies expressed interest in either purchasing the 90-year-old retail chain, or making a sizeable investment in it. Among them were Kohlberg Kravis Roberts, which considered arranging a merger of Saks with chief rival Nieman Marcus, and Qatar Investment Authority, a sovereign wealth fund of the Middle Eastern emirate.