SAP Ariba: using collaboration to unlock the power of the ecosystem 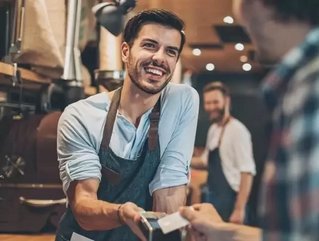 Progress is a cyclical journey. Creation leads to hype, which leads to a bubble, followed by a return to earth and, finally, true adoption and advancement of the market. With the perspective of over 20 years in the business intelligence leadership space, Sean Thompson, Senior Vice President of Business Network and Ecosystem at SAP Ariba and SAP Fieldglass, is familiar with the process. Having witnessed and been deeply involved in major technological cycles like natural language processing, ecommerce and now the Big Data boom, Thompson is well aware of the key strategies that help push the envelope and work towards lasting growth. “As the gray haired guy in the room, looking around and having seen different cycles unfold, "It's an amazing time to be alive in the software business,” he reflects. “My career has been a journey that has, in many ways, come full circle.” We sat down with Thompson to discuss a career spent at the forefront of business intelligence, and how SAP Ariba’s new partnership with American Express highlights one of his core teachings: embracing collaboration to unlock the power of the ecosystem.

Thompson’s own entry into the software ecosystem began in the early 1990s at professional services giant Deloitte. “Back then, process re-engineering was all the rage,” he recalls. “We were consultants helping companies figure out their business processes and how to make them more efficient.” Thompson took to this prototypical form of digital transformation with even greater enthusiasm in 1995, when he moved to Seattle and was assigned to the installation of a then lesser-known business intelligence (BI) platform at Microsoft. “My boss and I later laughed about the fact that we had no idea what SAP was,” recalls Thompson. He quickly recognized the power of SAP to build connections and facilitate an interconnected business. “It was a pleasure to help companies leverage software and technology to change the way they did things in order to drive true collaboration,” remembers Thompson, who wasted no time in telling his boss that he wanted to fully commit to working with SAP’s products, later going on to run Deloitte’s Northwest SAP practice.

The years that followed saw Thompson work with multinational market leaders like Microsoft, as well as serving on the boards and executive teams of groundbreaking startup firms. Always passionate about the potential applications of new technology, in 2012 he co-founded a natural user interface company called Nuiku with Barry Padgett, a long-serving executive at Concur (bought by SAP in 2014 for $8.3bn). Thompson and Padgett quickly became friends and collaborated over the next few years on natural language interfaces for sales ERPs. “Think of it as Siri for Salesforce,” explains Thompson. The mass adoption of the smartphone and the introduction of automated natural language assistants into products like the iPhone signalled to Thompson a new cycle of technological adoption. “We started a company that was based on the concept of taking that paradigm to the enterprise. My experience installing SAP systems and being at Microsoft was always that in the enterprise, when we go to work, the experience we have with the applications we use at work is not nearly the delight that we have as a consumer,” he says. Padgett and Thompson built up Nuiku for five years before selling the company, but their collaboration was fated to continue.

“In the spring of 2016 I, after the sale of Nuiku, I was thinking about what the next project was going to be when I got a call from my buddy Barry, who had just been appointed as president of the SME business unit at SAP,” recalls Thompson. "He said 'there's nobody I'd rather go on this adventure with than you'." Thompson joined as CRO, and just over 18 months later, the pair moved over to SAP Ariba. “That’s where the job came full circle. Procurement is near and dear to my heart because it's where I originally fell in love, in terms of the concept of saving money to fund core systems implementation.”

The move couldn’t have come at a better time for Thompson, who sees SAP Ariba as at the forefront of two major trends in the business intelligence space: data and collaboration. “At Ariba, we think a lot about it. We have a treasure trove of data – $3trn in annual commerce that flows through us. The technology is available, the computing power is available, we have the data and now, all of a sudden, I think we are poised to provide businesses with insight into enterprise performance that is similar to the way Google provides insight into search,” he enthuses. “It's just a matter of good old-fashioned execution.”

The power of the information revolution, Thompson believes, lies in its ability to further facilitate collaboration between enterprises and customers, enterprises and one another, buyers and suppliers – the entire ecosystem. “In the past, collaboration was point-to-point. Now, at Ariba, we’re approaching this as a network to achieve true business collaboration. We’re breaking down the silos and fostering more collaborative relationships, in terms of being able to have companies interact with each other, as if they were within the same four walls – within the same firewall, if you will,” he explains.

Thompson and Padgett have, over the past 18 months, changed the course of SAP Ariba, redirecting the business towards the promotion of the business ecosystem. “The Ariba you knew a year ago is very different to the Ariba of today,” he says. “We've changed our strategy and culture, helping everybody within the company understand that if we are open and embrace the third party ecosystem and the creative genius that can come from that, amazing things can happen.” One of the first steps that Ariba is pursuing in its campaign to unlock the power of the ecosystem is rebalancing the buyer-supplier relationship. “The buyer has become the hero, to a point where we've spent so much time building value for them that we've left the supplier on the side of the road with their suitcase wondering what their value is to the network,” admits Thompson. As such, improving value proposition for the supplier is a key element of Ariba’s strategy.

Announced in April 2019, SAP Ariba’s new partnership with American Express will, among other things, work to rebalance the buyer-supplier relationship throughout the procurement process. “In the corporate space, the single use account virtual card is a very compelling offering, which allows a buyer, through integration of Ariba and American Express’ systems to generate a single use account authentication or authorization key from the virtual card provider,” explains Thompson. “The buyer is able to leverage virtual card protection and efficiency. At the time of purchase order (PO), the buyer creates a PO, attaches their virtual card, and the supplier pays using that.” Value is created for the supplier as they are paid at the time of order, rather than having to invoice the buyer, which saves time and reduces error. Thompson views the American Express partnership as a collaborative win that is enabled by, and will enable, further data based digital projects. “About half of our buyers are also American Express corporate card users,” he says. “On the supplier side, there's also an opportunity for us to offer loans and financing to suppliers through our Amex partnership. The more we know about suppliers, the more the financial institutions like American Express knows, we will be working with them to offer financing opportunities for suppliers outside of the normal payment process.”

Going forward, Thompson is confident that SAP Ariba’s early embrace of the open ecosystem will see it in good stead. “We will have an open approach and the different relationships that we have will each play a unique role, if you will, in that open ecosystem. Ultimately, it's about choice. Buyers will be able to choose the financial institution that they want to work with and, if we do it right at Ariba, we'll be able to shape the ecosystem around us for years to come.”