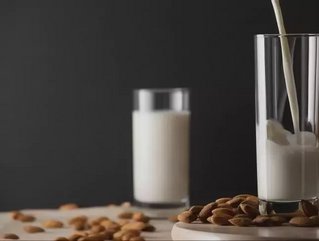 In a highly challenging market, Montreal-based dairy company Saputo has been experiencing difficulties as it struggles to adapt to modern customers’ needs.

In early February, it was announced that the company would be closing two of its facilities in Trenton, Ontario and Saint John, New Brunswick by 2021. The need to remain competitive and agile enough for the future were cited by the company as motives for this action.

With consumers leading a shift towards plant-based milk instead of regular cow’s milk, Saputo has recognised that it needs to re-think its strategy and focus on diversification.

Manufacturing rivals such as Alpro have already opened up a commanding lead in product innovation, offering sweetened and unsweetened plant-based milk made from oats, rice, coconut, almonds, soya and more. The increasing potential for popular plant-based yoghurts and ice-creams adds another layer of profitability for those entering the sector.

This type of market innovation coupled with increasing consumer demand has led to plant-based milk becoming a US$1.9bn industry in the US, according to the Good Food Institute.

To this effect, the company revealed in an article with Bloomberg that tactical acquisitions to enable this change were being considered. “We need to understand that we’re servicing consumers and consumers’ tastes can change or be a bit more diversified,” commented Lino Saputo Jr, CEO.

Sustainability: a new frontier for competition

In addition to expanding the company’s product range, Saputo has also made substantial pledges to tackle its CO2 emissions, water usage and waste. The targets (aimed to be achieved by 2025) include: reducing CO2 by 20%, reducing water consumption by 10% and creating 100% recyclable, reusable or compostable packaging.

To ensure that the plan is effectively executed across its global operations, Saputo will be investing CA$50mn over a three-year period. In order to foster ownership and pride for the project, Carl Colizza, President and COO of Saputo North America, will be championing the scheme.