Saskatchewan mining sector affected by wildfires - How will this change the future? 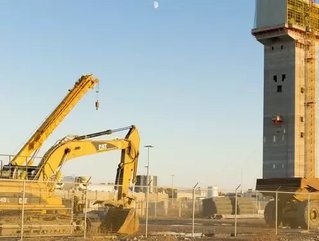 Originally reported by Canada’s Occupational Health & Safety Magazine, hundreds of wildfires have recently erupted throughout the northern part of Saskatchewan. This natural disaster has unfortunately led to the country’s mining sector taking a hit . . . a couple of hits.

Due to these setbacks, will the mining industry in Canada change? And if so, what will the future hold for those involved?

Specifically, the fires have caused the Seabee gold mine to suspend various operations. Claude Resources, the company behind the operation, has noted that one of the more than 100 fires actually came within eight kilometres of its site, meaning some 355 employees had to evacuate.

Furthermore, Cameco and Areva have had to stop shipping uranium from northern operations because various highways and airstrips have been closed from time to time due to all of the smoke and flames.

Regarding the issue, Cameco spokesman Gord Struthers has said, “It’s a bit of a juggling act, but we’re managing to get through it.”

Interestingly enough, the fires haven’t affected the mines as much as they’ve hindered the workers. Northern residents make up almost half of the company’s employees.

“It’s a major ordeal for many of the people who work for us,” Struthers continued. “You know, they have family members evacuated, and they may have fires threatening their communities or property.”

Cameco and Areva are hopeful and believe that the fires will not cause uranium delivers to suffer, in large part because of the inventories, as well as the ability to manage and maintain the inflow of essential supplies.

While wildfires aren’t anything out of the norm for the north, they can still be quite dangerous and create numerous hazards and consequences—for the mining industry and those involved in it.

One thing to remember is the change in climate patterns and how this can cause fires to sporadically erupt.

The fires have affected the mining industry in the north somewhat, but not enough to completely shut it down. It seems that the workers who live in the surrounding areas are the ones facing the stronger blow of the fires.

However, if the fires continue and those employed by the mines are unable to do their jobs, then the industry could potentially face further hardships.

For the latest news in the mining industry, don’t miss our sister brand Mining Global.