Scenic Advisement: Behind every good sponsor, there is another great sponsor 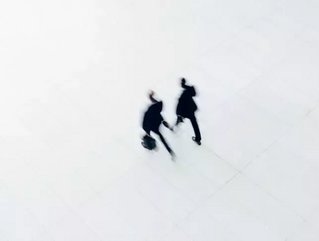 It’s hard to think that we’re almost halfway through 2019. It’s at this time of year we need to take a moment and look back at what we’ve learned and how we’ve grown. What lessons can we put into action for the rest of the year?

When I look at my own career and my own successes, I am grateful to the mentors and sponsors who have had an immense impact on where I am today. As I’ve climbed the career ladder, I’ve taken on this critical role of sponsorship, and have taken great pride in working with some of the finest talents in the finance and investment space.

So what is sponsoring and how does it differ from mentoring?

Sponsoring is actually putting one’s personal capital behind another, advocating for them, helping to forward their careers in a very active and accountable way. Mentoring sets along the same path, but it is less formalized and, as such, possibly less successful. Sponsoring is, by definition, formal to ensure corporate commitment and consistency. And this formality has been shown to lead to success in advancing diversity, as illustrated by the fact that every one of the top 50 companies celebrated Diversity Inc.’s Top 50 Companies for Diversity had adopted formal programs.

When I started out in finance, I was very lucky to work with people who listened to me, shared their knowledge and skills. With such strong female (and male) role models, even in a time before women's and diversity initiatives made the headlines, I knew firsthand thanks to my mentors and sponsors, what a good career working in investment could be, and especially for a woman and somebody in the minority. While I was fortunate enough to have been mentored by some of the industry’s finest, I wanted to ensure that the next wave of talent was afforded the same support. That said, as my career progressed I learned that being a sponsor is no easy task, it’s a commitment that requires a pure conviction. It requires putting your personal capital at risk.

You might think that sponsors are just for young people - those who have just finished school or are starting in their first jobs. While having a sponsor at that stage of life is invaluable, it’s just as important for those that are years into their careers, and even those that are at the top of their game. Finding success in today’s competitive world, whatever the industry, means taking advantage of every opportunity available to you -- in the words of Sheryl Sandberg, “nobody can succeed on their own.”

Steve Jobs had Ed Woolard and John Sculley. Bob Iger credits his former boss Tom Murphy not only with his success at Walt Disney but also for having inspired the program he introduced that pairs top Disney executives with leading tech start-up CEOs.

I believe the next step for corporations is to fully embrace sponsoring.

I was once told that women have to work twice as hard to get half the way. If true, being a minority woman has meant that I’ve hard to work even harder.  It is certainly true that I have come as far as I have today because I have been guided by many inspiring “giants.” I echo Issac Newton’s sentiment that “...I have seen further than others...by standing upon the shoulders of giants.”

Behind every good sponsor, there is another great sponsor. My goal is to inspire as I have been inspired. I am determined to see more women and minorities managing money in finance. And I aim to play my part in this by working with talented people as a sponsor. I am also working with companies to help them create and adopt formal sponsorship programs to institutionalize this commitment.

So when you're thinking about your goals for the rest of the year, please join me in identifying talent and backing them with your personal capital by becoming a sponsor. And please encourage your company to institute formal programs, so you can scale your efforts and make this a part of your company’s culture.