The science behind New Year&#039;s Resolutions 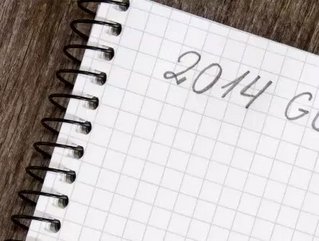 Even though the new year can be exciting and full of possibility, it can also be pretty stressful. You might be saying things like, "Why don't any of my pants fit?" or "How am I still in this horrible job?"

Enter the New Year's resolution. About 45 percent of Americans make them. We imagine ourselves in that new job or smaller pants size. It's exhilarating.

The good news: A Journal of Clinical Psychology study found that people who make resolutions are 10 times more likely to change their behavior than those who don't.

The bad news: Short-term urges can trump long-term plans. Another Journal of Clinical Psychology study reports that 54 percent give up on their resolutions within six months -- and only eight percent ultimately succeed by the end of the year.

So each year, why are we writing proverbial checks we can't cash? A few answers have emerged from scientific research on the topic.

Two types of resolutions that will always fail

"Pie In the sky" resolutions

Even though making a resolution is thrilling, keeping it isn't easy. Many people aren't ready to make the serious commitment needed to succeed.

In my new book, Happy People, Bottom-Line Results and the Power to Deliver Both, I talk about a workplace phenomenon that I call Delusional Development. Delusional Development is the futile hope that you will get better at something just because you want to. For example, a manager might say she wants to improve her listening skills, not do anything substantive to change that, and then be surprised or disappointed when she isn't a better listener.

The same applies to your New Year's resolutions. When you say, "This year, I will lose 30 pounds," but have no real strategy to make it happen, the number on the scale simply isn't going to change. As the saying goes, hope is not a plan.

"All over the place" resolutions

Many people toss out a laundry list of resolutions every year. In 2014, you might decide, you're going to fix your finances, stop drinking beer and run a marathon! Hot dog!

Unfortunately, when we take on too much at once, our brain chemistry works against us. Successful resolutions require self-control - say, the self-control to wake up early and run five miles - and self-control is an exhaustible resource.

In one study, Baumeister and his colleagues divided participants into two groups - one completed a series of tasks requiring self-control, and the other completed tasks that didn't. Then, the researchers measured their blood glucose levels. Glucose is best thought of as fuel for the brain - when it metabolizes in the bloodstream, the brain can carry out its major functions. In Baumeister's study, not only did the self-control group show lower glucose levels, low glucose levels led to poorer self-control.

So, in a nutshell, having too many New Year's resolutions is a prescription for not keeping any of them.

Plan to achieve your goals in 2014

1. Work on one thing at a time

We live in a society where more is better. But when it comes to goals, less is usually more. Another example: In business, even though 64 percent of executives believe they have too many priorities, companies with fewer priorities show more growth.

So take a page from the late, great Stephen Covey and put first things first. Instead of picking four resolutions that you'll abandon, choose one that will give you the biggest payoff. This doesn't mean you can't work on more than one resolution per year, it just means you shouldn't focus on more than one at a time.

2. Translate your resolution into specific behaviors

Keeping resolutions usually means replacing old, bad habits with new, better ones. People who successfully change their habits achieve something called "habitual automaticity" - performing the new habit without having to think about it.

In one study, researchers tried to improve participants' dental habits. All participants were told to floss more, given floss, and shown how to use it. Participants who planned exactly when and where they would floss were more successful at changing their habits than those who didn't.

So, break your resolution into specific behaviors and put them on a timetable. For example, to get to the gym on weekends instead of lounging around drinking mimosas in your pajamas, join a gym and schedule time on your calendar. Before you know it, you'll be going without even thinking about it.

As shown by K. Anders Ericsson and Daniel Coyle, daily practice allows people with average talent to achieve extraordinary things. The best marathon runners, for example, don't show physiological differences in lung capacity or muscle. The difference lies in how much each runner trains in the weeks leading up to the marathon.

For your resolutions, the amount and quality of daily practice you choose will be proportionate to the level of improvement you will see. Period. So if you're not working every day to, for example, curb your smoking habit, you won't get long-term traction.

So in 2014, keep things focused. Pick one resolution at a time. Make it specific and real. Practice it every day. And every day, you'll be one step closer to making your resolution a reality. Good luck, and here's to a prosperous 2014!

A proud leadership geek, executive coach, speaker, contributor to Huffington Post, and author, Dr. Eurich is the author of the new book, Bankable Leadership: Happy People, Bottom Line Results, and the Power to Deliver Both.  She also helps organizations succeed by improving the effectiveness of their leaders and teams.  Dr. Eurich passionately pairs her scientific grounding in human behavior with a practical approach to solving some of today’s most common leadership challenges. Her decade-long career has spanned roles as an external consultant and a direct report to both CEOs and human resources executives. The majority of Dr. Eurich’s work has been with executives in large Fortune 500 organizations, including CH2M HILL, Xcel Energy, Western Union, IHS, Destination Hotels and Resorts, Newmont Mining, Centura Health, CoBiz Financial, the City of Cincinnati, and HCA.

She has been featured in The New York Times and Forbes and she has published articles in Chief Learning Officer Magazine, The Journal of Business and Psychology among many others. In 2013, Dr. Eurich was honored as one of Denver Business Journal’s “40 under 40” rising stars in business.

A true renaissance woman, Dr. Eurich enjoys cycling, traveling, theater, and fashion. A resident of Denver, Colorado, she is married to a wonderful man, and has three dogs.

Books can be ordered at BankableLeadership.com.  To connect with Dr. Eurich, please visit Twitter.com and Linkedin.com.