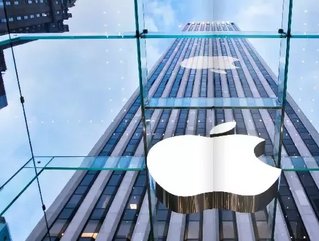 WITH THE EVER-CHANGING corporate landscape, it has become harder and harder over the years to keep track of who does what in the executive structure of a large company.

Which style of corporate governance is most successful? Which method is most popular? Should analysts and observers be more interested in news surrounding a company’s CFO or vice president?

With those questions in mind, here is a look at some of the world’s top companies and how its top-level management is set up.

Just three days after its launch, U.S.-based Apple reported selling more than 13 million of its new iPhone 6s and iPhone 6s Plus, which is a new record.

In the process, the tech giant has become the first company to reach a market capitalisation of over US$700 billion, while its stock has soared from US$54 to US$126 since co-founder Steve Jobs passed away in 2011. Its market value is more than double that of either Exxon Mobil or Microsoft, and Apple’s revenue has tripled to over US$150 billion since 2010.

Apple’s executive structure is basically a traditional hierarchy, but takes away some aspects of other organisational structures to meet both market and industry demands. The company’s set up gives the CEO and senior VPs the majority of control, while the lower levels of the system has little say in market demands and business needs.

The first openly gay CEO in the Fortune 500, Cook joined Apple from Compaq Computer in 1998. Coming from an operations background and spending several of his most influential years of his career at IBM.

Some of Cook’s best moves have been creating a market in China, introducing Apple Pay, and the continued successful adoption of Apple’s newest operating system, iOS 8.

But Cook isn’t what company executives like to call a “subject-matter expert” on such critical areas as product development, design, and marketing. Because of this, he behaves much more like a coach who trusts his players compared to Jobs.

The Royal Bank of Canada is all about helping its clients and communities build a better future. With more than 79,000 client-focused and committed employees, the company currently services 16 million clients worldwide.

Starting at the very top, the RBC has an independent chairman who leads a board that is composed of independent, well-informed directors. To differentiate from others in the industry, the RBC believes in having opening communication with its shareholders, as well as encourages these shareholders to express their views.

The Royal Bank of Canada gives top priority to strategic planning to help ensure that standards exist to promote ethical behavior throughout the entire organization. In addition to, the company continues to better itself by maintaining different ways to improve its governance practices, as well as adapt industry-leading standards.

Having earned both a Master’s of Business Degree and a Bachelor’s Degree in Mathematics, McKay has been the CEO of the Royal Bank of Canada since 2014. He has experience in retail and business banking, group risk management and corporate banking.

Carlos Slim’s conglomerate in one of the most powerful business groups worldwide. Also known as Grupo Sanborns SAB, it had a capital growth of more than US$12 billion, only in 2014.

The conglomerate follows the essential 10 principles to maintain the human force of its many shares worldwide, including minimal hierarchies and internal training on management functions for every executive.

“Our premise is and has always been that we leave with nothing; we can only do things while we are alive and that entrepreneurs are creators of the wealth they temporarily manage,” said Slim as part of the Grupo Carso mission statement.

He graduated in Business Administration from Universidad Anahuac, and aside from Grupo Carso, he is the COB of Grupo Sanborns, América Móvil and Teléfonos de México. An entrepreneur since first deciding to purchase shares in a Mexican bank at the age of 12, it’s no surprise that by age 76 his current worth is more than US$72 billion.

Slim’s most recent innovation within the talent management aspect includes an initiative called “Global three-day work” that basically specifies a new schedule among his companies worldwide. The upside is twice as much leisure time; the downside is longer days and workers carrying on into their 70s.

Stay tuned for the conclusion of this story, or read it in full as it originally appeared in Business Review USA and Canada