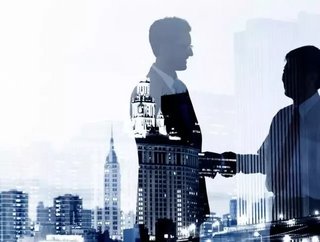 Read the first half of this story here, or read it in full as it originally appeared in Business Review USA and Canada

Australia’s biggest and most successful global company, BHP Billiton is an enterprise that continues to be the nation’s biggest taxpayer, and is a storage of future wealth for just about every Australian with a superannuation account and a retirement to pay for.

BHP’s top four executives under its CEO include a chief financial officer, chief legal counsel, a president of petroleum and potash as well as a chief information officer.

Dean Dalla Valle was named Chief Commercial Officer in June, and now is responsible for Potash after previously being president of health, safety, environment (HSE), as well as marketing and technology. This allows the president of petroleum Tim Cutt to focus solely on increasing the value of the company’s important petroleum business.

A Chinese investment holding company whose subsidiaries provide media, entertainment, internet and mobile services as well as operate online advertising services, Tencent is a US$139 billion company with nearly a billion users. It essentially functions like Facebook, Amazon, Twitter, and Uber combined into one.

Tencent continuously strives for excellence in today’s competitive world and hardly ever seems satisfied. Its executive team is very dedicated with corporate social responsibilities and focuses on educating youth, setting up initiatives for providing care to impoverished and disadvantaged sections of society and disaster relief.

The company also has a CIO, Daniel Xu, who oversees the strategic planning and development for the website properties and communities, customer relations and public relations of the Company.

One of the core founders of Tencent, Ma oversees the strategic development, overall direction and management of the Group. Before he co-founding Tencent in 1998, Pony was in charge of R&D for Internet paging system development at China Motion Telecom Development Limited, which is a telecommunications services and products provider in China. He also has over 20 years of experience in telecommunication and Internet industries.

A global company with a large part of its business based in the Middle East, Sabic is the largest and most profitable non-oil company in the region, as well as one of the world’s largest petrochemical manufacturers.

The company’s four corporate departments include finance, human resources, corporate control and research and technology, which equally assist with Sabic’s drive to consistently invest in technology and innovation.

Known for his marketing and leadership success, Al-Benyan has an Economics Degree and a Master’s Degree in Industrial Management. Before becoming CEO of Sabic, he held a variety of senior positions within the company.

As a leading emerging market mobile operator, MTN Group is at the forefront of the technological changes that continue to sweep the world. With a vision to lead the delivery of a bold, new digital world to its customers, the company has numerous operations throughout Africa.

Backed by a board of directors, executive committee and a good corporate governance structure, MTN Group leads its industry by enhancing and aligning its organization, policies and procedures to completely support its operating environment and strategy.

Furthermore, the company is all about promoting a team environment, with a clear division of responsibilities assigned to each group to ensure a balance of power and authority.

With a Bachelor’s of Science in Engineering and a Master’s Degree in Business, Dabengwa has experience in sales, customer service, electrification and distribution technology. He began his career by working as a consulting electrical engineer in the building services industry and in the mining and railway sectors.