Shopify Jumps From Web To Storefront 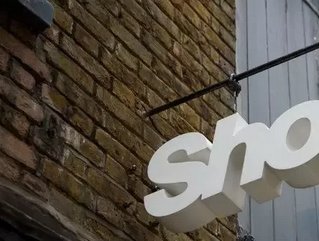 One of Canada’s hottest startups is growing. Shopify Inc, helps retailers set up online storefronts and run their shopping cart systems, is breaking into the business of brick-and-mortar retailers.

The company based in Ottawa, is going to launch a comprehensive system that assists retailers in running their entire operation, from the cash register to inventory management. Shopify originally attracted tens of thousands of retailers by offering a system that allows its users  to setup a web-based store front in moments.

“The distinction between online, mobile and bricks-and-mortar retailing shouldn’t exist,” Shopify chief platform officer Harley Finkelstein said of Shopify POS, which launches Wednesday. “Our view of the future of retail is that it’s the consumer’s choice, how, where and what you want to buy. In five years, this will be the norm.”

Shopify started as an e-commerce company selling snowboards a mere seven years ago. Shopify is among several Canadian startup companies to employ a way of forward thinking methods. These tech companies are not only creating buzz in the Canadian tech scene but also drawing attention of those in the U.S.

Shopify raised $22 million in funding and the company is expected to have revenue in the mid-eight figure rang. It had roughly 40,000 online store costumers at the start of 2013 and the company expects to double that by end of the year.

The company’s POS system pairs its experience running online commerce portals primarily for small online retailers to widely available hardware. “We thought, what if we removed every complexity that never should have existed in the first place in the shopping process and made it seamless and integrated,” Mr. Finkelstein said.

The technology merges two separate systems maintained for online and physical stores. “We thought the intelligence of your business should sit on the Internet, with everything else integrated into it,” said Tobi Lutke, Shopify’s CEO.

The entire set-up kit sells for $499, plus a $49 monthly fee. That is significantly less than retailers typically pay now, said Michael Packer, founder of Packer Shoes, a Teaneck, N.J.-based bricks-and-mortar and online sneaker retailer who has been testing the Shopify system this summer. “As a merchant, you want everything under one platform,” he said. “This is clean, easy to use and an intuitive-type system.”