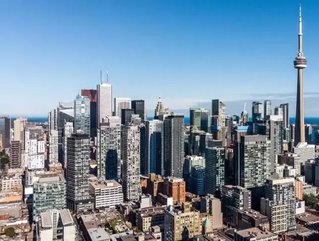 Shopify, the Ottowa headquartered e-commerce software provider, has announced the opening of a new office in Toronto.

Located “steps away” from its other two, the move to open a third office in Toronto was informed by, and cements, Toronto’s burgeoning status as a centre of technology. Accordingly, the company used a post on its website to hail Toronto as North America’s fastest-growing tech centre and the most multicultural city in the world.

The company emphasised the community facing nature of its offices in the city, with Shopify detailing the more than 150 events it held for over 10,000 local entrepreneurs and others. That spirit also extends to Shopify’s wider community, with the building featuring portrait walls of small business owners that use its software as well as furnishings created and sold by its users.

Alongside the announcement, Shopify committed to doubling its Toronto workforce by 2022, taking its employee count up to 1500 people. The plans reflect the company’s confidence, stemming from its self described status as the fastest company to reach $1 billion in revenue using a software as a service business model.

The opening comes on the heels of Shopify’s first quarter results, which saw total revenue increase by 50% year on year, while monthly recurring revenue, a key metric for the software as a service model, was up 36%.