Six of the worst food product ideas ever 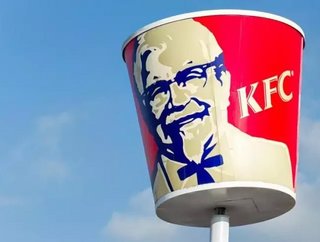 KFC has created its own fried chicken-scented sunscreen. Yes, you read that correctly.

The distinctly non-edible protective cream has been released as a novelty promotion. The company was offering free bottles on its website, but fast food fans have already scooped up all 3,000 of them.

What KFC did right was offer the sunscreen for free – many companies release a novelty product expecting consumers to pay good money for it, leading to often spectacular failure.

Here are some of the biggest companies’ worst product ideas ever:

Jell-O is the biggest producer of gelatine-based desserts in the US, but it wasn’t always so popular. Following on from the enormous rise of salads (including, bizarrely, a trend for congealed salads in the 1930s), the company released a range of savory jelly flavors, including mixed vegetable, seasoned tomato, Italian, and celery. Unsurprisingly, these flavors joined the Jell-O rejection graveyard soon enough.

Many of us can recall this particular flop, as Heinz released blue, green, purple, and ‘mystery color’ versions of its classic ketchup recipe. While the fun colors and easy-to-use bottle appealed to kids and were initially popular, customers quickly lost interest. Thankfully for Heinz, the original red sauce remains as well-loved as ever.

One of the most impressively disastrous food marketing flops of all time, Gerber Singles were marketed towards students and single adults, supposedly removing any shame from those tempted by delicious-looking jars of baby food. The concept – and certainly the name – proved distasteful to pretty much everybody, and Gerber Singles became synonymous with failure, oft-referenced in popular culture for that reason.

It’s a lovely idea – a small package of cereal, a tiny carton of milk, and a plastic spoon all in one convenient box to stuff in your backpack when time is short. The problem was that this solution wasn’t really all that convenient; Breakfast Mates produced a lot of waste, and the surgically-packaged lukewarm milk containers proved unappealing. Kellogg’s spent $30 million on advertising this spectacular failure.

The Clearly Canadian Beverage Corporation created this soft drink/lava lamp hybrid in 1997, which was a fruit-flavoured liquid filled with floating spheres of gelatine. While it seemed appealing from a purely decorative point of view, customers found the concept of a chewy beverage less than tempting, and many reports claim that even the texture of the liquid itself resembled cough syrup.

In 1998, Lay’s released a range of almost fat-free chips. At a time when consumers were increasingly concerned about the nutritional properties of their snacks, sales went wild, and they became the best-selling new product in the US. The downside? The fat alternative used to make the chips caused stomach cramps and diarrhea. The company was forced include a warning on its packaging in 2003, and WOW was rebranded as ‘Light’. The range has since been discontinued.