Sizing Up the U.S. Housing Market Heading into 2014 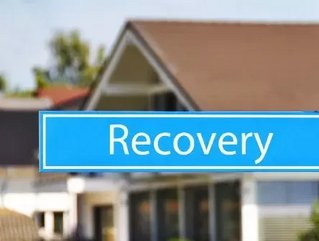 Just one year ago, Americans were worried that the weak housing market would hinder economic recovery. One year later, it is a whole different story.

The housing market in the U.S. has grown stronger than expected, and it is one of the key factors that is paving the way toward economic stability. While this is a great cause for optimism, some home buyers and sellers, investors and industry experts are becoming concerned about the sustainability of the revival.

Here is a look at how the U.S. housing market is forecasted to fare over the rest of the year as the clock ticks toward 2014.

The prices of homes in the U.S. have risen sharply, and they are between 7 and 12 percent higher than they were 12 months ago.

Over the same period, home sales increased by over 15 percent and the number of foreclosures fell about 32 percent. One of the main factors driving the housing recovery is a more accommodative monetary policy, which includes the purchasing of mortgage-backed securities by the Federal Reserve.

Lower mortgage rates and returns on financial assets, as well as mortgage programs such as HARP and HAMP, are also contributing significantly to the rise in home sales.

Is the Housing Recovery Sustainable?

According to experts, it is likely that the nationwide housing market will continue to recover throughout the rest of the year, but it is hard to predict the speed of its growth.

Danielle Hale from the National Association of Realtors predicted that home sales will reach 5.1 million at the end of 2013, and home prices will keep increasing this year, but should stop going up next year.

Mortgage rates have increased substantially since May, but they are still considered low by historical standards.

As a result, many Americans are rushing to purchase homes, so that they can take advantage of the low mortgage rates before they rise further.

One factor that may slow down the increase in home sales is the dwindling supply of homes for sale. The number of existing homes for sale decreased from 2.4 million a year ago to 2.28 million in July.

With demand outstripping supply, home sellers are finding themselves in the driver's seat. Many of them are getting multiple offers for their homes, allowing them to push their prices higher.

The housing market is generally picking up across the country, but some cities are doing better than others.

As the housing recovery continues to spur economic growth, Americans can expect to see brighter days ahead.

About the Author: John McMalcolm is a freelance writer who writes on a wide range of subjects, from housing news to online reputation management.