Small businesses and the government shutdown 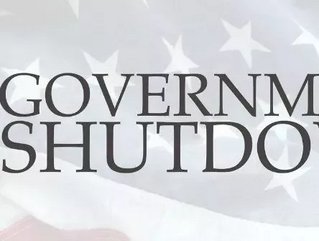 By: Kathryn Petralia, Co-Founder and COO of Kabbage

With wall-to-wall news coverage of the government shutdown this week, it would be easy to believe that 800,000 furloughed federal employees represent a massive part of the national economy. But more than 60 million Americans employed by small businesses are also facing fallout from the shutdown. The United States’ 28 million small businesses (defined as businesses employing 500 or fewer people) account for about half of the nation’s private employment, and dwarf federal employment by a ratio of 30 to 1.

Cash flow and access to capital are primary concerns for businesses of any size, but small businesses face unique challenges in this time of uncertainty. A significant percentage of small businesses borrow funds each year to grow, but rates of traditional loans to small businesses have been steadily declining since the credit crunch of 2008.  Available data indicate a 20% drop in lending to small businesses since 2007, leaving many developing companies starving for capital. The recent shutdown has brought federal small businesses lending to a standstill, cutting off one more avenue to funds critical to growth and job creation.

The United States Small Business Administration reported approving $570 million in small business loans on September 30: more than six times the average volume for a single day. Even this expanded capacity is not expected to compensate for the increased applications that flooded the offices in the days approaching the Oct 1 shutdown.  New loans will not be approved or issued during the shutdown, according to the SBA’s published Plan for Operating in the Event of a Lapse in Appropriations.

Since loan processing can take months, a multi-week government shutdown will result in an enormous backlog. But new options have emerged since the last shutdown in 1995: Alternative funding providers like Kabbage have stepped in to leverage the vast volumes of data produced by small businesses in order to provide them with working capital.. With a fully automated approval process and flexible access to funds, digital-age alternative funding providers can help small businesses bridge the gap left by traditional lenders.

Businesses equipped to do so will buffer valued suppliers and employees from the financial strain with cash reserves. Some will seek credit to meet expenses during the gap, forced to put money into borrowing costs that could have been invested in the company’s future. Delayed payments or stalled contracts will result in cutbacks, felt downstream by employees and consumers: reductions to existing payroll and delays in hiring or promotion; decreased availability of products due to cutbacks in production or inventory purchases; and reduced demand for equipment, supplies, and raw materials, often sourced from other small businesses.

The shutdown has also provided a showcase for small business ingenuity. In the cities hardest hit by furlough, some are taking advantage of the adaptability and agility of the small business model to make the most of a bad situation. In the heart of DC, staffer hangout Union Pub is offering “shut it down” whiskey shots at $3 to draw in federal employees with a sudden surplus of free time. A local Pilates studio and a knitting shop are each offering free drop-in classes with a government ID, building up their client lists and the city’s morale simultaneously. A barbeque joint in Alexandria, Virginia has discounts for furloughed employees, but isn’t taking the shutdown lying down. Its sandwich board warns, “Members of Congress will be charged double.”