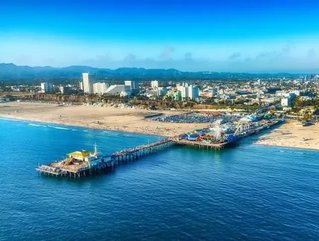 Santa Monica-based tech and camera firm Snap has named a new chief business officer and chief strategy officer in its continued push to revitalise success against stiff competition from Instagram
In a note to employees seen by CNBC, the company announced that Jeremi Gorman will take charge of the firm’s marketing, global business solutions, customer operations, and global online sales as its new CBO.
Gorman oversaw advertising sales at Amazon prior to her new role with Snap, and was instrumental in the ecommerce behemoth’s first-time rise to US$2bn in quarterly ad sales during Q1 2018.
Recent CEO of Huffington Post, Jared Grusd, will take the CSO role.
Both hires represent Snap’s attempt in earnest to revive itself following Instagram’s surge to the top of the market, as well as its enduring ability to attract high-profile talent.
A combination of what CEO Evan Spiegel called a “rushed” redesign that disengaged users, and repeated emulation of its core features by competitors, have made life difficult at Snap in recent months.
The firm set out new strategic aims at the beginning of Q4, and aims to become profitable by the end of 2019.
See more:
Snap’s CFO Tim Stone said in the company’s Q3 financial statement:
“We’re investing in long-term growth opportunities and driving operational efficiencies.”
“We achieved record revenue and strong bottom-line results this quarter and expect a record fourth quarter, as we continue to invest in innovation for our community and scale our business.”
The report said:
“Revenue increased 43% to a record $298 million and trailing twelve months revenue increased 53% to $1.1 billion, compared to the prior year.”
It added that, while the company remains unprofitable, operating loss improved from $443mn in Q3 2017 to $325mn in Q3 2018.
AmazonInstagramHuffington Postsnapchat
Share
Share