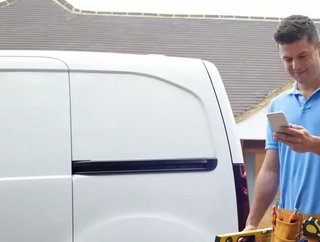 Snap Inc has outlined its new strategic aims, telling employees in a memo obtained by Cheddar that the firm is targeting full-year profitability in 2019
Snap’s share price fell below $8 for the first time on 4 October in the wake of Wall Street analysts stating that Instagram will continue to undermine and better Snap’s efforts to become desirable to investors.
The memo, dated 26 September and written by CEO Evan Spiegel, said that the firm will aim to break even by the end of 2018.
Spiegel also said that Snap was mistaken in the rollout of its latest redesign, creating an array of counterintuitive issues that had impeded the platform’s ease of use.
“In our excitement to innovate and bring many new products into the world, we have lost the core of what made Snapchat the fastest way to communicate.”
Cheddar cited the redesign as a major reason for Snapchat’s first decline in active user numbers in Q3, saying that users had been particularly unreceptive to the changes.
The memo takes a refreshingly candid approach to Snap’s issues, and offers an extensive overview of the company’s plan to revitalise the Snapchat platform over the next year and become profitable by its end.
See more:
First, Snap wants to restore the speed and ease of use of Snapchat’s previous versions.
“Recently I had the opportunity to use Snapchat v5.0 on an iPhone 4,” Spiegel said.
“It was way faster than the current version of Snapchat running on my iPhone X.”
Snap also aims to broaden its “economic moat”, building a larger network in the developing world and other markets where it does not yet have a strong foothold. The aim is to get the jump on copycat platforms by providing an established user base where others have to start from scratch.
The firm also outlined its plans to invest more heavily in AR, interestingly mentioning “future hardware to transcend the smartphone”, as well as growing its userbase by acknowledging that “for the billions of people who don’t use Snapchat, it’s day one, not year seven.”
Social MediaInstagramsnapchatEvan Spiegel
Share
Share