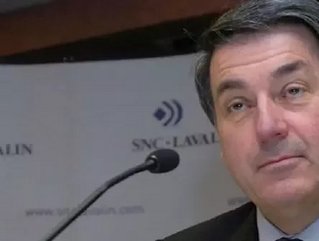 SNC-Lavalin announced the resignation of its long-standing CEO Pierre Duhaime today. Duhaime’s surprise step-down is speculated to be in response to the company’s voluntary independent review that found problems with improper payments in 2010 and 2011.

“Pierre has made major contributions to the growth and profitability of the Company during his 23 years of dedicated service," said Gwyn Morgan, Chairman of the Board. "The Board has accepted his decision to step down, and we wish him well in the future. We are proud of the 28,000 skilled and dedicated people of SNC-Lavalin and know that they will continue their excellent service to the Company's thousands of clients around the world."

SNC-Lavilin will commence a search for a new CEO immediately, with Ian A. Bourne—previously director as well as member of the Audit Committee and Health, Safety and Environment Committee since 2009—stepping in as Interim CEO.

“I look forward to working with our employees to build shareholder value,” said Mr. Bourne.

This executive shake up announcement came directly after SNC-Lavalin’s announcement of its findings in its voluntary independent review.

SNC Lavlin decided to conduct an independent review due to reports in December 2011 and January 2012 where it became clear that certain agency agreements were being entered into improperly.  From this internal investigation it was found that two SNC-Lavalin projects had made unrelated and improper payments, a total of $56 million USD.

As this situation violated the company’s code of ethics, its Audit Committee has recommended that SNC-Lavlin consider its executive sanctions, specifically the executive operations of exercising powers. Additionally SNC-Lavalin’s Audit Committee recommended a review of its Code and its Whistleblower Policy in hopes that violations will be more easily reported.