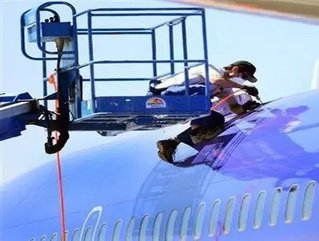 Southwest Airlines is expected to cancel about 70 of its nationwide flights Monday as it continues to inspect safety concerns of its aircraft. It all started on Friday when Flight 812 burst at its seams 18 minutes into the flight out of Phoenix, Arizona, and airplane became depressurized. A 5 ft. section of its fuselage skin tore open, forcing 118 passengers to utilize its oxygen masks to make up for the lost pressure in the cabin.

While the plane landed safely in Yuma, Southwest Airlines cancelled approximately 600 of its flights over the weekend to inspect the safety of its aircraft fleet. The National Transportation Safety Board has said that cracks were found on three airplanes. According to investigations, tiny cracks were found on Sunday on the Flight 812 aircraft around rivet holes along a joint where two areas of the fuselage skin overlaps.

“The airline continues to inspect aircraft and will put those with no findings back into service,” the Dallas-based carrier said Monday morning.

Sunday afternoon, Southwest said 19 airplanes were being returned to service after passing safety inspection for cracks. Southwest maintenance employees reported finding cracks on two aircraft during inspections over the weekend and those planes remain grounded.

Southwest canceled about 300 flights each day on Saturday and Sunday because of the groundings. The carrier hopes to complete the inspections by late Tuesday.