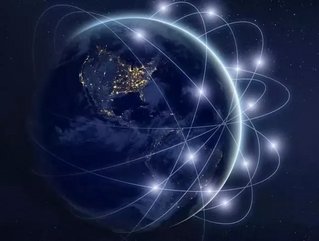 The company has released 60 more satellites as part of its ongoing development of a global high speed internet network.

SpaceX has launched 60 mini satellites to form part of a network aimed at providing global internet coverage. The launch is the second stage of a programme designed to bring the network online - 60 satellites were previously launched in May.

11 November a Falcon 9 Rocket launched from Cape Canaveral in Florida. Carrying the compact flat-panel Starlink satellites. Each weighed 260kg, making the heaviest payload launched to date, according to a tweet from SpaceX.

Elon Musk, founder and CEO of SpaceX plans to launch thousands of Starlink satellites into orbit to create a network capable of providing high-speed internet service worldwide. This is initially anticipated to roll out across northern US and Canada, with the network ultimately expected to cover all populated areas of the globe within 24 launches.

SpaceX staff joined in celebration as the Falcon 9 first-stage booster rocket landed back on the droneship, Of Course I Still Love You, floating in the Atlantic. This is the fourth launch and recovery for the booster rocket. "These boosters are designed to be used 10 times. Let's turn it around for a fifth, guys," SpaceX's launch commentator said.

This is the first time the company used a previously flown nose cone operationally; in a move to cut cost, increase sustainability and increase operational efficiency, SpaceX has been designing and manufacturing rocket parts that can be reused.

The rocket was due to reach higher altitudes than the previous launch in May. SpaceX has expressed concern around one of the 60 satellites preventing the rocket from being able to manoeuvre further than the previous 280km orbit, in which case it would have been ordered to commence reentry. SpaceX explained in a tweet, “Watching one sat that may not orbit raise; if not, 100% of its components will quickly burn up in Earth’s atmosphere.”

In September a near collision with a European Space Agency (ESA) satellites caused the ESA to correct its path before the collision occurred. SpaceX has since corrected the issue causing the near collision.