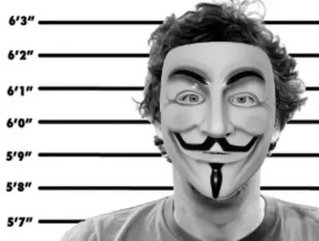 Hacktivist group Anonymous has been creating quite the commotion these days with its supposed links to Sony and several other websites who have been associated with hackers and scams. Three suspected members of Anonymous have been arrested in Spain and have been said to be responsible for coordinating the group’s activity in that country.

Anonymous has claimed involvement in the past for attacks on Sony, banks, and others who have fought against those not in support of WikiLeaks. A statement from the Spanish national police force says that a computer seized in the home of one of the hackers arrested was used in the hacks.

The BBC says that the arrests were the culmination of an investigation that began in October 2010 involving Spanish cyber police who went through millions of lines of chat logs to identify who was coordinating the group’s activities. It’s been unveiled that some of the attacks made by the Anonymous members used a web-based tool, Loic, to bombard targets with data; these include PayPal, Amazon and Mastercard. However, Loic didn’t do a very good job at concealing the identities of those using its program.

Arrests have already been made in the US, UK and Holland of Anonymous members, prior to the arrests made in Spain this week. We’ll keep you posted on further news regarding the Anonymous arrests.