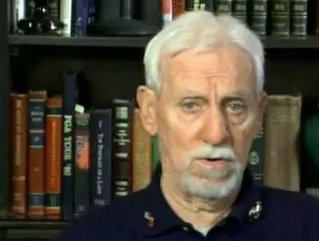 When it comes to low airfare, Spirit Airlines is often heralded as the industry’s leader, due to its business model, rooted in “unbundled” services. Spirit CEO Ben Baldanza frequently touts the airline’s model as an innovative way to keep customers unburdened by charges and services they don’t need or want.

That premise sounds simple and serving enough, but as it turns out, it’s getting Spirit into more trouble than it may be worth.

When told by Fox News that Spirit receives two-and-a-half times more complaints than even the second-most complained about airline, Baldanza was unmoved.

“That’s an irrelevant statistic,” Baldanza said. “If you ran a restaurant and out of every 100,000 customers, eight of them said they didn’t like your menu, would you change your restaurant? Why don’t we interpret that 99.92 of all customers have no complaints? Because that is what it says.”

Well, Baldanza didn’t know it when he spoke to Fox News, but that old complaint rate looks quaint next to the negative attention Spirit is now getting on the Web.

A Facebook page titled “Boycott Spirit Airlines” jumped from about 700 page “likes” to more than 20,000 after national media shared the plight of 76-year-old Vietnam veteran Jerry Meekins. Meekins requested a refund on a $197 Spirit fare after being told by his doctor that he should not fly due to the state of his terminal esophageal cancer. Since Meekin’s original request, Spirit has repeatedly said it will not be issuing the refund.

While another carrier’s policy might provide Meekin some reprieve, it turns out that he is majorly disserved by Spirit’s business model. Although Spirit base fares start out low, every additional service a customer may desire (or even require) that is usually included in the prices of Spirit’s competitors, tacks an extra fee onto the total fare. This includes a newly announced policy that will require Spirit passengers to pay $100 for carry-on bags that must be placed in overhead bins.

Since Meekin chose not to purchase Spirit’s $14 insurance, which would have made his ticket refundable, Baldanza says he is saddened about the former Marine’s diagnosis, but Meekin is out of luck as far as Spirit is concerned.

“Every customer chooses what services they buy,” Baldanza wrote in a company memo about the incident. “That’s all they pay for and not a penny more. Our approach treats each customer with respect and puts each customer in charge of their own costs—and no one else’s. Unfortunately, unexpected curves are a part of life for everyone.”

Since the Fox News story broke, the “Boycott Spirit Airlines” community has grown further and the majority of comments continually posted to the page are consistent with Spirit’s reputation as most-complained-about airline.

“I am a veteran and Spirit Airlines is no longer in consideration for any travel I may do. This is deplorable,” wrote one poster.

Another wrote, “I am too much [of] a gentleman to use the words that would accurately describe the CEO Ben Baldanza. To label him clueless would be a gross understatement.”