Spotify are expanding and relocating to the World Trade Centre 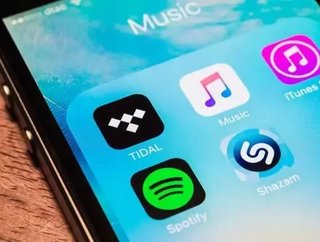 Despite their historical feud with Apple Music, Spotify have maintained their position within the music industry since its launch in 2008. A recent press release has highlighted Spotify’s aim to expand their operations within the US through relocating to the World Trade Centre, whilst their headquarters remain in Sweden.

The expansion will create over a thousand new roles within New York, whilst retaining over 800 existing roles. The new office will incorporate 378,000 square feet and is owned by Silverstein Properties Inc.

New York Governor Andrew Cuomo said, “New York is rapidly emerging as the nation’s leading hub for tech and innovation, creating more jobs and more opportunities and emerging as the epicentre of the 21st economy. We are proud to welcome Spotify to 4 World Trade Center and to have the future of music be a part of the bright future of our dynamic tech community.”

The company has been able to relocate through an $11 million Rent Reduction Program, which will cover approximately 15 years in which Spotify aim to reside at the World Trade Centre. This programme is also available for companies who wish to relocate to the World Trade Centre in a bid to make New York one of the largest technology hubs in the world.

Spotify is set to join Condé Nast, GroupM and MediaMath, in addition to Snapchat, which has created and developed a high number of roles within its base in Manhattan. Senator Daniel Squadron said, "Spotify pressing play on 4 World Trade Center means more jobs, more growth, and more innovation -- and that's music to Lower Manhattan's ears. The tech sector represents an important part of growing industry in New York, and I'm thrilled to continue to work to expand its presence in the state and my district.”