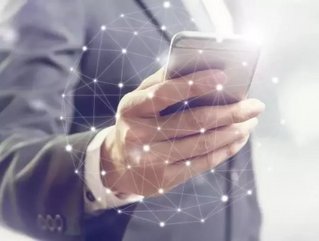 Leading US telecommunications company Sprint has announced the appointment of Michel Combes as its new CEO ahead of the company’s $26bn merger with fellow US telco T-Mobile, agreed late last month.

Combes assumes his new role having been with Sprint for a number of years, acting as Chief Financial Officer (CFO) and President of the firm since the beginning of the year. As a result, Sprint will now begin undertaking a search for a new CFO.

Prior to this, Combes stood as the Chief Operating Officer (COO) of Altice, the Chairman and CEO of SFR Group, and the CEO of Alcatel-Lucent, bringing a range of internal and external experience to the table as the new CEO of Sprint.

“Michel Combes is a proven industry veteran and the right executive to lead the next phase of our transformation,” said Mr Claure, current CEO of Sprint.  “Michel’s tremendous leadership and management skills and his 25 years of experience will be invaluable as we continue the subscriber and financial momentum we have.”

The leadership change comes as Claure himself has been promoted by the company to Executive Chairman, whilst also becoming the new Chief Operating Officer of SoftBank - Sprint’s current controlling shareholder.

“Marcelo has also positioned Sprint as a leader in the race to 5G, which promises to revolutionize the communications industry,” said Masayoshi Son, Chairman and CEO of SoftBank Group Corp. “He will continue to guide Sprint’s strategy and momentum as Executive Chairman through a successful closing with T-Mobile.”

Both Son and Claure will also join the Board of Directors of the newly formed company when the merger between Sprint and T-Mobile completes.

The leadership changes at Sprint are set to take effect either on or before 31 May.