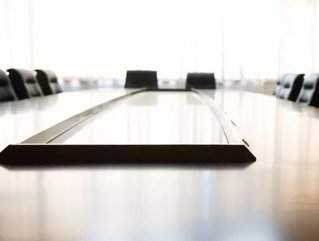 After months of toing and froing Sprint has decided to end its pursuit of T-Mobile. The wireless operator faced stiff opposition from regulators so decided to put an end to the deal and go it alone. In light of the decision, Sprint has also announced it will replace its CEO Dan Hesse with Marcelo Claure, a billionaire entrepreneur who founded Brightstar Corp.

Brightstar Corp. is a Florida-based wireless services company that is a subsidiary of SoftBank, the Japanese company that owns Sprint.

The decision to abandon the T-Mobile merger was made during a Sprint board meeting on Tuesday. Initially the aim of the merger was to create a larger company to compete with the likes of Verizon Wireless and AT&T. Had the merger been successful it would have raised the value T-Mobile to $32 billion, however it now looks as though Sprint is going to have to grow its subscriber base the hard way.

In recent years Sprint has lost customers due in part to an extensive network overhaul, however the Wall Street Journal reports that much of the work is now done and Sprint is testing new price plans in preparation for a strong push later this year.

It remains to be seen whether the company will succeed.

During the same board meeting, it was decided that Hesse will be replaced by Claure effective next Monday. In a press statement the company said: “Claure, 43, joined the Sprint Board of Directors in January and is the Founder and CEO of Brightstar Corp.”

“As President and CEO, Claure’s first priority will be to continue the build out of Sprint’s network by leveraging its strong spectrum holdings as well as ensuring that Sprint always maintains truly competitive offers in the marketplace.”

“Marcelo is a successful entrepreneur who transformed a start-up into a global telecommunications company. He has the management experience, passion and drive to create the strongest network and offer the best products and services in the wireless industry,” said Sprint Chairman Masayoshi Son. “While we continue to believe industry consolidation will enhance competitiveness and benefit customers, our focus moving forward will be on making Sprint the most successful carrier.”

“I’ve had the unique opportunity to spend the past few months actively engaging with Sprint’s Board, management team and front-line employees,” said Claure. “I am honored to have the opportunity to now lead the Sprint team as we mobilize to become the wireless carrier of choice in the U.S. In the short-term, we will focus on becoming extremely cost efficient and competing aggressively in the marketplace. While consolidating makes sense in the long-term, for now, we will focus on growing and repositioning Sprint.”

Claure will resign his position at Brightstar effective August 11 and SoftBank announced it would acquire Claure’s remaining interest in the company.