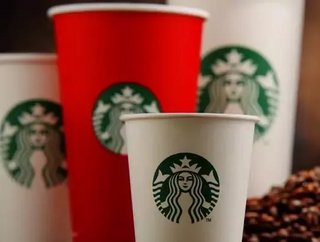 With CEO Howard Schultz stepping down this month, Kevin Johnson, former Chief Operating Officer at Starbucks will have to ensure the franchise remains profitable and innovative as Starbucks’ new CEO. The company has recently not been hitting their sales targets, reflecting current political and business uncertainties. Nonetheless, the company are launching new products and services in order to remain ahead of the game and appeal to markets in the US and worldwide.

With plans to open over 12,000 new stores and drive thrus, the company has adopted an aggressive growth plan, especially in areas such as China where significant investment has been placed, with over 2,000 new stores set to launch in the country. Starbucks are also expanding their services to include a Reserve Roasteries business, which will be launched in Shanghai this year, alongside Tokyo, New York and then Europe. With over 10 percent predicted revenue growth, the company are continually seeking to fend off competition and become one of the most renowned brands in the world. Aiming to appeal to all markets, the company will also expand its food division, including wheat-free and gluten-free products.

Kevin Johnson, CEO has said: “We are executing against an ambitious, carefully-curated, multi-year strategy to further elevate the entire Starbucks brand and customer experience around the world, and further extending Starbucks leadership around all things coffee, retail and mobile. The power of our brand, the strength and momentum in our business, and the world-class management talent we have assembled give me great confidence in our ability to capture the enormous global growth opportunities ahead.”

The recent release of Starbucks’ Unicorn Frappuccino has been met with mixed reviews. Whilst appealing to both children and adults and increasing revenue growth for the company, some have claimed the drink to not only be too sweet, but even baristas are struggling to keep up with demand before the drink is no longer available. Barista Braden Burson released a two-minute video on Twitter, which has since been deleted after it viral, pleading with consumers not to buy the beverage. He said, “I have never made so many Frappuccino’s in my entire life. My hands are completely sticky. I have unicorn crap all in my hair, on my nose. I have never been so stressed out in my entire life.”

Furthermore, the company has partnered with PepsiCo to develop bottled Frappuccino chilled coffee, in addition to bottled Cold Brew Coca and Honey and Cream, which will be available across the US, according to a press release. Not only focusing on coffee based products, Starbucks is also expanding its tree ranges in collaboration with Anheuser-Busch and subsequent of bottled Teavana Craft Iced Teas.

Starbucks has placed significant investment in mobile apps and its loyalty programme, enabling customers to place their orders and pay through this method, providing increased convenience and accessibility. It has also allowed the company to see which products are bestsellers, against ones which are not overly popular, in order to further develop successful products and services and retain a high percentage of customers.

Renowned as one of the most focused companies in terms of employee retention, Starbucks is placing significant investment in employee health and education, partnering with Arizona State University to launch the Starbucks College Achievement Plan. These graduates will help further grow the company’s sustainable efforts and support the development of personalised products and services.

The company continually seeks to build positive relationships with customers and stakeholders, including key partnerships with farmers. Starbucks has recently stated that it will be working to ensure that 100 million coffee trees will be given to farmers by 2025 as part of their ongoing support to reduce the impacts of climate change. Cliff Burrows, Group President, Global Coffee at Starbucks said:  We have heard directly from farmers that healthy trees are what they need now, more than ever, so this long-term approach coupled with the right resources directly correlates to the stability of their family as well as the future of coffee.” This links with Starbucks Sustainable Coffee Challenge, which encompasses ethical sourcing, effective collaboration, and employee and economic growth.

The company also seeks to reduce its carbon footprint through utilising clean, renewable energy sources. Since 2015, the company has obtained 100 percent of its electricity through renewable sources in the US, and will soon be the owner of a new 260 acre solar farm in North Carolina. The new facility will help generate power for over 500 stores throughout the US, housing 150,000 solar panels, and will be completed next month. A partnership with Puget Sound Energy will also provide energy for 116 stores, according to QSR Magazine.