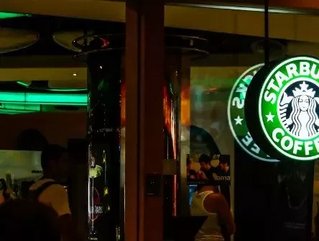 America’s favorite coffee shop made an announcement on Tuesday, that requests customers no longer bring firearms into its stores. The announcement from CEO Howard Schultz was presented in an open letter on the company website.

Schultz explains that Starbucks has “been thrust unwillingly into the middle of this [gun control] debate.”

The company’s longstanding approach to “open carry” has always been to adhere to local laws. Simply put, It permits it in states where allowed and prohibits it in states where laws do not exist. Schultz explains, “We have chosen this approach because we believe our store partners should not be put in the uncomfortable position of requiring customers to disarm or leave our stores. We believe that gun policy should be addressed by government and law enforcement—not by Starbucks and our store partners.”

Respectfully the company wants to clarify two main points. First, it is a request and not an outright ban. The store will still serve those individuals who choose to carry a firearm into its stores. Schultz plainly states, “Why? Because we want to give responsible gun owners the chance to respect our request—and also because enforcing a ban would potentially require our partners to confront armed customers, and that is not a role I am comfortable asking Starbucks partners to take on.”

Secondly, the company understands that it cannot satisfy everyone, which is something often overlooked by other companies.

In an underlined portion of the letter Schultz makes it very clear what he is respectably requesting.

“For these reasons, today we are respectfully requesting that customers no longer bring firearms into our stores or outdoor seating areas—even in states where “open carry” is permitted—unless they are authorized law enforcement personnel.”

The letter comes in light of pro-gun activists using Starbucks stores as a political stage for media events, which were misleadingly called “Starbucks Appreciation Days” that portrays Starbucks as a supporter of “open carry.” Schultz explains, “To be clear: we do not want these events in our stores. Some anti-gun activists have also played a role in ratcheting up the rhetoric and friction, including soliciting and confronting our customers and partners.”