Start Your Day Successfully—Everyone Else Does 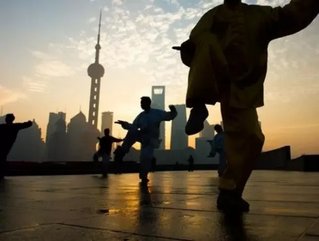 Check out the latest issue of Business Review USA!

Success has a routine. From Maya Angelou’s early mornings and Benjamin Franklin’s daily to-do lists, to Evan Williams’ mid-day gym breaks and Arianna Huffington’s morning mediations, history has proven that there is a pattern to it all.

As business-minded, overly-committed, never-take-a-break kind of people, we often forget how important it is to step back and evaluate our way of life; in fact, we often create unhealthy lifestyle habits without even knowing it.

Here are 3 simple ways you can break the pattern and successfully start your day.

The Hard One: Stop with the Snooze

We’re all guilty of it: setting our alarms for 5am but hitting snooze till 6am—and then we’re rushed. Leaving the comfort of our mattresses and warmth of our sheets is not always an easy feat but it is one that has to occur. Getting into a routine that requires you to rise and shine at the same time every day will actually make life easier—and more productive. According to Forbes, “Early rising is a common trait found in many CEOs, government officials, and other influential people. Margaret Thatcher was up every day at 5am; Frank Lloyd Wright at 4am and Robert Iger, the CEO of Disney, wakes at 4:30am.”

While we are unsure of their “snoozing” habits, we do know this: They are successful and swear by the morning hours. Still questioning this theory? Inc. Magazine recently reported that “morning people have been found to be more proactive and more productive.”  So throw out the belief that you “are just not a morning person” and get the day started!

To be clear: We are not encouraging binge eating but we are adamantly supportive of the adage that “breakfast is the most important meal of the day.” Would your car start without gas? Would you let your children leave the house without something in their tummies? No, because both need energy to properly function; energy that comes from fuel, i.e. food (or gas in the case of the car). So why do you think you are any different? In addition to the health benefits (want to build that metabolism? Eat breakfast. Want to lose weight? May seem odd but: eat breakfast.), starting your day off with a healthy, balanced breakfast helps sharpen your mind and improve mental performance. Take a cue from Whole Foods founder John Mackey, who makes a breakfast smoothie consisting of almond, oat, rice or soy milk along with fresh fruit and veggies: Keep it light, but keep it in the routine.

The Dreaded One: Exercise

We know: You’ll work out later. You have an important meeting to prepare for and just can’t make it to the gym. Or it’s been such a long day at the office, all you want to do is go home and take a load off—or do more work. Unfortunately, this is one of the worst habits professionals can fall in to, as neglecting your physical health will only impair your mental health. Even President Obama takes time to exercise, starting his routine every morning with a 6:45am workout session before he sits down to rule the free world. Not motivating enough?  Square CEO Jack Dorsey has been jogging laps around you since 6am while Starbucks CEO Howard Schultz and his wife are out enjoying a brisk morning bike ride. Still not convinced? When asked by author Tim Ferriss about his methods for maintaining productivity, Virgin’s Richard Branson answered that he is “able to get four additional hours of productivity out of every day simply by keeping up with his physical activities, which includes swimming, Bikram yoga, rock climbing, running and weightlifting.”