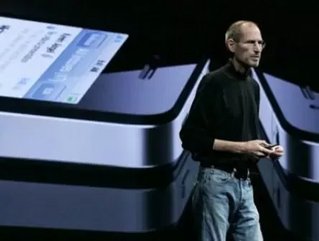 We all knew this was going to happen, we just weren’t really sure when. Apple’s Steve Jobs just announced his resignation as CEO late Wednesday afternoon just as every executive in the nation was about to pack up and leave for the day. Jobs has been the force behind the brand for quite some time now and had left the company temporarily due to medical reasons in January before making a public appearance in March to help launch the iPad 2.

In the meantime, Tim Cook, former COO of Apple took over the reins during Jobs’ medical leave and it’s been widely assumed that Cook may take over the position. Today, Apple announced that Jobs would stay on as Chairman of the Board, effective immediately. And even more immediately? Apple’s stocks dropped 7 percent after the announcement in after-hours trading.

“I have always said if there ever came a day when I could no longer meet my duties and expectations as Apple’s CEO, I would be the first to let you know,” he wrote. “Unfortunately, that day has come.” He continues: “As far as my successor goes, I strongly recommend that we execute our succession plan and name Tim Cook as CEO of Apple.”

Jobs’ resignation came as a surprise to nearly everyone in the country and it’ll be interesting to see what happens on the stock market early Thursday morning as investors start pulling away from their shares. Jobs has yet to comment on his current health situation so we’re all holding tight to see if there’s any correlation between the two.