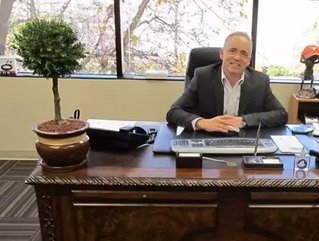 Fifteen years ago, Cameron Manners worked for his uncle as a drain pipe lining technician in Oshawa, Ontario. At D.M Robichaud, he relined large-diameter pipes for municipalities using unique, no-dig technology. Manners witnessed this innovative process change the construction industry and knew that if this type of technology was used for pipes inside buildings, it could benefit those industries as well.

Manners went to his superiors with his ideas to expand the business but they were shot down. Believing wholeheartedly in the need for epoxy pipe lining in this untapped market, he quit and started his own company. With his home’s garage as his initial work space, he studied epoxies and single-handedly developed a new, trenchless pipe lining solution. In 1998, Manners founded Nu Flow in Toronto, Ontario, which would use his patented drain line technology for small diameter pipes, later to be called Nu Drain.

As cliché as it might sound, Manners simply started with a dream and built an empire.

Six years after its inception, Nu Flow had a presence in three countries, a Canadian manufacturing plant to produce its pipe lining equipment and almost 200 licensees. Manners’ technicians lined drain pipes in all types of buildings: residential, commercial, industrial, municipal and federal. Nu Flow was strong, innovative and promising, but Manners knew that in order to succeed in this industry, you must widen your customer base as much as possible.

In 2005, Nu Flow merged with American Pipe Lining to become the first and only company with dual technologies for small diameter pipe systems. APL’s founder brought epoxy pipe lining to North America in the early 1980s and established APL in 1987. The company spent almost two decades working with the U.S. government and military, municipalities throughout Canada and the U.S., hospitals and residential properties. Nu Flow utilizes APL’s epoxy solution for potable, HVAC, fire suppression, and other compressed air and chemical lines. This was Nu Flow’s missing piece that would propel it to international dominance.

Presently, Nu Flow has six regional offices throughout Canada and the United States, as well as more than 300 licensees throughout every continent except for South America and Antarctica. Nu Flow is the global leader for in-place pipe rehabilitation solutions inside buildings, is licensed under 21 patents and is still the only company that has the different technologies to line both drain and clean water/air pipe systems from 1/2” to 12” in diameter. These unique solutions ensure Nu Flow has the widest customer base out of all the companies in its business.

Industry leaders want to do work with other industry leaders. Nu Flow has worked for some of the biggest Canadian colleges, some of the most popular Canadian malls, some of the most well-known restaurant chains, theme parks, luxurious hotels, a world-renown soft drink provider, as well as some of the most famous skyscrapers throughout Canada and the United States. These prestigious customers have utilized Nu Flow’s pipe system rehabilitation processes to remain open for business during our work, while preserving the structures, landscape and hardscape that surround the pipes, which ultimately save the businesses money.

“Watching my ideas and dreams affect so many people and businesses is extremely rewarding,” said Manners. “Being the CEO of a startup, I get to create plans and ideas that mature in front of my eyes.”

Nu Flow’s success stems from Manners’ inquisitive and inventive nature. With innovative leadership comes an innovative company. Manners refuses to stay complacent with Nu Flow, so his eyes and ears are always open regarding ways to improve products and services. He also dedicates a portion of his time working to spread the growth of Nu Flow across the rest of the world.

“The ultimate goal is to get Nu Flow in every city and every country on the planet and intimidate all other competition,” said Manners. “So you have to create and implement strategies that will make that happen.”

As Nu Flow celebrates its 15th birthday this year, Manners’ roots of being a technician are still visible – he has always been a technician who strives to find new tools that will improve results and make customers happier. Except now, his office isn’t his garage.