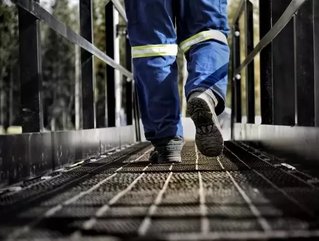 Suncor Energy’s CEO, Steve Williams, has announced that additional crude production expansions will not be considered until there is more clarity on when new pipelines will be ready
The energy giant is one of Canada’s largest oil producers.
Kinder Morgan Canada recently sold the Trans Mountain pipeline to the government following an overturned approval for the project’s expansion.
TransCanada Corp’s Keystone XL, running from Alberta to refineries in Illinois and Texas, is also the subject of delays and uncertainty.
The US State Department has been ordered to conduct an additional environmental review of Keystone’s proposed pathway now that the route has been modified.
Despite these delays, Mr Williams told a Barclays investor conference in New York that Suncor has adequate pipeline space for production and that the delays will not affect the company’s output in the short-term.
Reuters said that Suncor’s “own refineries shield it from exposure to the price discount on Canadian heavy oil”.
See more:
“Suncor is currently ramping up production of its new Fort Hills mine in the Alberta oil sands and is due to decide in late 2019 and early 2020 whether to expand production at existing facilities”, Reuters added.
Meanwhile, Enbridge’s Line 3 Replacement Program is fully underway.
Enbridge recently reached an agreement with vocal opponents in the Fond du Lac Band of Lake Superior Chippewa, allowing it to build the replacement line through the band’s reservation in northeast Minnesota.
According to Minnesota Public Radio, “Enbridge will replace the existing, degraded Line 3 pipeline with a new line that will be able to carry nearly twice as much Canadian oil across northern Minnesota”.
EnbridgeKeystone XLOilSuncor
Share
Share