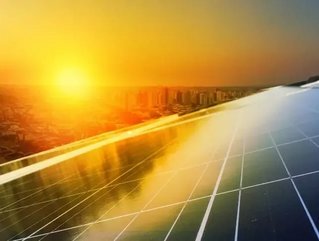 Walmart announced on 23 October that it has reached an agreement with San Jose-based energy company SunPower to install solar systems at 19 stores and two distribution centers in Illinois
The project will include rooftop and ground-mounted solar systems, with construction set to begin in 2019.
Walmart said in its statement that the US Environmental Protection Agency predicts that the annual carbon offset resulting from this agreement will be the equivalent of the annual volume of carbon sequestered by more than 24,000 acres of forest.
With this move, Walmart takes a step closer to meeting its pledge to power its global operations with 50% renewable energy by 2025.
See more:
“Solar is a vital component of Walmart’s expanding renewable energy portfolio. Walmart plans to tirelessly pursue renewable energy projects that are right for our customers, our business and the environment,” said Mark Vanderhelm, vice president of energy at Walmart, in the company’s press release.
“These planned projects with SunPower are moving us in the right direction toward our renewable energy goals.”
Nam Nguyen, executive vice president of Commercial Americas at SunPower, added:
“We commend Walmart for its leadership in driving corporate renewable energy adoption in the United States and for partnering with SunPower to deliver high-efficiency, high-quality solar to so many of its stores and facilities.”
“As the top U.S. commercial solar provider and with over 30 years of experience, SunPower is well positioned to help Walmart increase its renewable energy investments in a cost-effective manner.”
WalmartSustainabilityEnergySolar
Share
Share