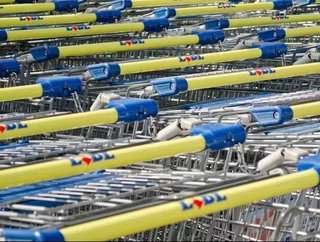 With the aim to have doubled in size by 2018, the company have adopted an aggressive growth strategy across America, opening both large and small stores. It will be interesting to see how supermarket giants Walmart, Target and Amazon will react to Lidl’s entrance into the US market.

However, the company will also now be up against fellow German chain Aldi, who entered the US market back in the 1970s. Both chains have a rich history which is interlinked, to which it will be interesting to see how American shoppers will feel with a similar supermarket chain emerging on the scene.

However, Business Insider have reported that the company aims to distance itself from the German chain, stating that "After three years of research, we discovered that US consumers don't like discount groceries. Unlike Aldi, the Lidl will be a hybrid similar to Trader Joe's or Harris Teeter. We will sell high-end brands, quality not quantity, best products only."

The company will sell fresh fruit and vegetables, something of which is highly thought after by European shoppers, as well as baked and packaged goods, meats and organic produce, with the majority of products becoming sustainably sourced and Lidl’s own private label. Lidl US CEO Brendan Proctor said, “We cannot wait to open our first US. stores and introduce customers to grocery shopping refreshed, retooled and rethought to make life better,” said. “Our mission every day is to deliver our customers less complexity, lower prices, better choices and greater confidence.”

However, with increased lower prices, larger supermarket chains will have to lower their prices further to remain competitive, not lose market share and retain consumers. The first 20 stores to open have been confirmed to be based in Virginia, North Carolina and South Carolina.

“This is the right time for us to enter the United States,” Proctor informed Reuters. “We are confident in our model. We adapt quickly, so it’s not about whether a market works for us, but really about what we will do to make it work.”

With over 10,000 stores in 27 countries in Europe, Lidl have planned to have 80 further launches by the end of 2017, creating thousands of new jobs for US workers and drive business growth across the pond.