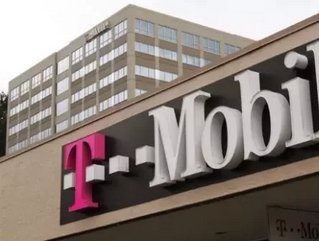 T-Mobile revealed a new upgrade program that allows customers to upgrade their phones as often as twice per year. The Company hopes to differentiate itself from larger rivals.

On Wednesday, T-Mobile says the new Jump program enables customers to upgrade their devices when they want, up to twice a year, and as soon as six months after enrolling for $10 a month per phone. The Company says the new program, which begins Sunday, protects customers against malfunction, damage, loss or theft of a phone.

The cell phone company has invested in its network heavily, which has fallen behind competitors that have been adding next-generation LTE technology. Verizon Wireless has substantially finished covering its legacy network with the faster and more efficient technology.

T-Mobile’s latest update comes more than two months after buying prepaid carrier MetroPCS Communications and establishes progress for the ongoing endeavor to turn around the struggling Company that is No. 4 in the U.S. for cell service.

Additionally, the carrier launched a new four-line family plan for $100 a month that comes with unlimited talk, text and Web with no credit check or annual service contract required. Let’s see Verizon Wireless compete with that!

Chief Executive John Legere began cutting costs and shaking things up in the wireless industry with an assertive marketing plan that includes his honest desire to transform T-Mobile into an “Un-Carrier.” For example, the Company has gone against the industry standard by having customers purchase their own devices or use one they already own, rather than having the phone directly tied to a service contract.

The changes that T-Mobile has made are being carefully observed by the industry, which typically abides by the standard service contract model we have come to know (and despise). It is thought that T-Mobile had little choice in making its drastic changes as business continued to deteriorate. Last year, it lost more than two million contract subscribers, while Verizon Wireless added more than five million.

T-Mobile plan to halt the defection of contract customers by the end of 2013, and begin adding customers in 2014.

The new upgrade program is another shot against rivals that prevent customers from upgrading at discount prices. AT&T recently followed Verizon Wireless by making contract customers wait longer before they can upgrade with a discount. Now customers wait 24 months instead of 20 months after signing a two-year contract to upgrade their mobile device.